Connect with us
Legendary Barbra Streisand and Seth Rogen will team up for the upcoming Paramount’s project titled My Mother’s Curse. 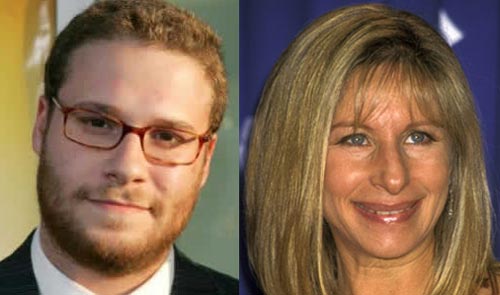 Sounds spooky, but don’t worry, this is actually something that’s already being described as a road-trip comedy, and the movie will be directed by The Proposal helmer Anne Fletcher. Based on a script by Dan Fogelman, My Mother’s Curse follows an inventor (Rogen) who invites his mother (Streisand) on a cross-country trip as he tries to sell his new product while also reuniting her with a lost love.” The script is based on Fogelman’s own experience traveling with his mother. Lorne Michaels, John Goldwyn and Seth Rogen’s writing and producing partner, Evan Goldberg, will produce the movie. David Ellison will executive produce and co-finance the project through his Skydance banner. My Mother’s Curse is scheduled to begin shooting this spring.
Continue Reading
Advertisement
You may also like...
Related Topics:Anne Fletcher, Barbra Streisand, My Mother's Curse, Seth Rogen