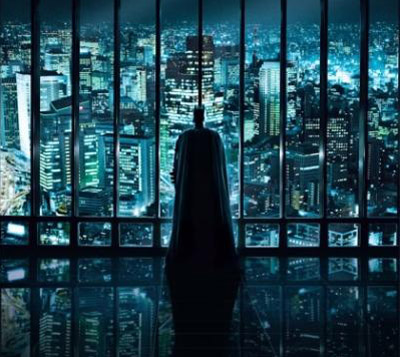 Just yesterday we wrote about summer 2012 heat and all that blockbuster mania, and today we are here for a little chat about Warner Bros announcement that sounds like this: they will be releasing the third installment of the Batman franchise from Christopher Nolan on July 20th, 2012, and, of course, the film will be released in 3D. Anyone surprised? Yeah, we thought so… So, The Dark Knight sequel, which is still untitled, is reportedly in the very early planning stages. The director of the films, Chris Nolan, said that the film will provide closure to the trilogy. He didn’t want to have just mindless explosions and he also didn’t want to leave room open for expanding the story. The script is currently being written by Nolan’s brother, Jonathan Nolan, and it’s based upon an original story written by Jonathan Nolan and David Goyer. Goyer also co-wrote the two previous films. Although the title, cast and plot are yet to be decided, we definitely have no doubt in this director, since Nolan is credited for reviving the Batman franchise after the negative reviews and disappointing box-office performance of Batman and Robin. Because, if you remember, Batman and Robin was poorly received by both the critics and the fans, and after a long hiatus in which multiple possible Batman scripts were developed, Warner Bros. rebooted the film franchise in 2005 with Batman Begins, directed by Christopher Nolan and starring Christian Bale, which went on to earn $352 million worldwide. The 2008 follow-up The Dark Knight, co-written by the Nolans with Goyer helping develop the story, earned $1 billion! This movie received numerous awards nominations and two Academy Awards for Best Sound Editing and a posthumous Best Supporting Actor award for Heath Ledger. Guess we’ll all have a chance to watch some big-screen-spectacle! Although Warner Bros. are yet to decide about the format of the sequel to be released in 2012, it’s being speculated that it can be 3D, IMAX or both. So, Batman-fans, get ready!
Continue Reading
Advertisement
You may also like...
Related Topics:Batman 3, Christopher Nolan, David Goyer, Jonathan Nolan