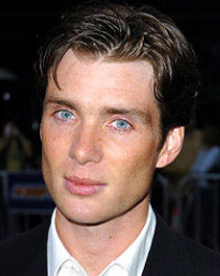 Cillian Murphy is quite busy these days, and right after Inception he will jump to the new thriller titled  Retreat. He is set to star with Thandie Newton in a movie that will be produced by Magnet Films. Check out the rest of this report for some interesting details about the story that’s already being described as a mix between Dead Calm and Knife in the Water… Carl Tibbets, who previously worked as an editor on Alien vs Predator is making his directorial debut from a script he wrote. The movie will follow Cillian Murphy and Thandie Newton as husband and wife who rent a remote island cottage while trying to repair their marriage. One day they find a biohazard-suited soldier washed up on the beach, who warns them that everybody on the mainland has been killed by an airborne virus. That’s when the psychological fun-and-games begin. Filming begins this September on location in Wales, and we definitely expect more details as soon as possible. Make sure you stay tuned for more updates!
Continue Reading
Advertisement
You may also like...
Related Topics:Cillian Murphy, Thandie Newton