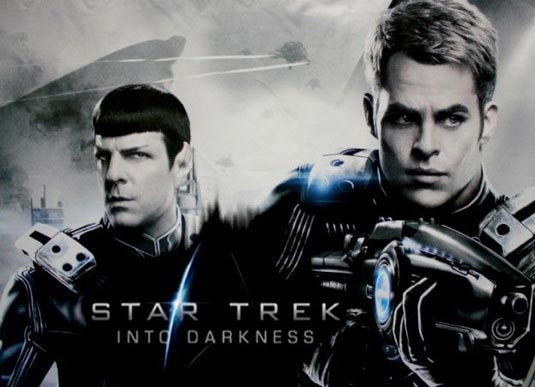 After what it seems like a gazillion trailers we finally get a chance to see the first clip from J.J. Abrams‘ Star Trek Into Darkness. And if you had any doubt that Abrams and Co. were looking to avoid comparison between their flick and Star Trek II: The Wrath of Khan – you, my friend, are mistaken. Take a look at the clip in which Spock utters the too-famous words (will we even hear the Captain yelling “KHAAAAAAAAAN!” in the film? Just joking): This clip was taken from the first nine minutes of the film, which were screened last year in theaters. Am I the only one noticing those wet-suits or whatever that is? Where are their classic uniforms? Synopsis:

Star Trek Into Darkness opens in IMAX 3D on May 15th, 2013 and in every other format on May 17th, 2013, and it stars Chris Pine, Zoe Saldana, Zachary Quinto, Karl Urban, Benedict Cumberbatch, Simon Pegg, Alice Eve, Anton Yelchin and others.