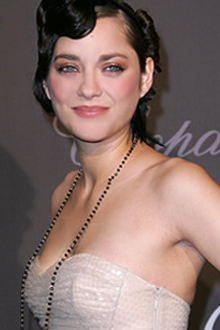 Colin Farrell and Marion Cotillard in one movie? Sounds good. Well, guess what! That David Cronenberg adaptation of the novel by Don DeLillo, titled Cosmopolis is finally coming. Farrell and Cotillard will play husband and wife and we will have a chance to follow them during a period of 24 hours where this gorgeous Irish actor, in a role of an asset manager, loses all his wealth. We did a little research about DeLillo’s novel and here’s how they describe it: “Most of the action takes place inside a “prousted” (cork-lined) stretch limo, as the reclusive financial wizard Eric Packer is chauffeured across Manhattan for a haircut. Thanks to a presidential visit, antiglobalization demonstrations, and a celebrity funeral, this journey takes up most of the day. Stuck in traffic, Packer anxiously monitors the value of the yen on the limo’s computer. Using the car as his office, he summons advisors from nearby shops and restaurants. His physician gives him a rubber-gloved physical exam in the back seat as Packer discusses imminent financial ruin with his broker and angry crowds block the streets.” So, like we said, Farrell will play the asset manager who loses all his wealth over the course of one day and Cotillard will play his wife. Ok, that does sound little boring, we admit. Yeah, 24 hours, he loses his money, his wife is crying, or whatever, what’s so interesting about that? Well, first, we have good cast. Second, this story is penned by Cronenberg (and we all believe in his work). Third, there’s a $20.5 million budget. So, it definitely does sound like something simple, that has a possibility to become something huge. Portuguese producer Paulo Branco’s Alfama Films and Cronenberg’s Toronto-based Antenna, in association with Kinology, and filming will take place from March to May in Toronto and New York. We just wrote about that Fright Night remake, and see what happened. It’s nice to hear Farrell is so busy these days, but we also hope that all of his projects will be worth of checking out. With every new detail about this one, we’ll be back, so make sure you stay tuned!
Continue Reading
Advertisement
You may also like...
Related Topics:Colin Farrell, Cosmopolis, David Cronenberg, Fright Night, Marion Cotillard