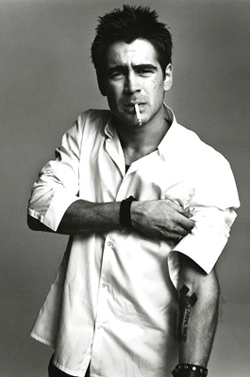 More remakes! This time we are here to write about the comedy-horror film from 1985, titled Fright Night. And, right before we hear “o, no, not again” from you, let’s just say that lovely Colin Farrell and Toni Collette are set to star in it. Now, that’s some interesting neighborhood! But enough of dreaming! So, let’s all remind what was this story about. “A teenage horror film addict is shocked to discover that his new next-door neighbor is a vampire in this delightful mix of horror and comedy. The problems only grow for young Charley Brewster when he expresses his thoughts about fanged new neighbor Jerry Dandridge. His girlfriend, Amy thinks Charley is avoiding their relationship issues, his single mom thinks Dandridge could be a potential boyfriend, and his buddy “Evil” just thinks Charley’s losing it. Worst of all, Dandridge and his nasty assistant, Billy Cole are on to Charley’s wild notions – and have plans to pay him a late-night visit to silence him. With no one to help him, Charley turns to the one man he knows has faced the wrath of the undead and lived, the fearless vampire killer Peter Vincent. A washed-up actor who has just been fired from his job as the host of a late-night horror show, Vincent is not about to believe in the rantings of an impressionable teen. However, lured by Amy’s cash offer, he agrees to help her convince Charley that Dandridge isn’t a vampire. There is just one problem: Dandridge is a vampire and when Amy falls under his evil spell, its up Charley and Peter to drive a stake through their potential romance”. And, in this new version, Irish actor will play charismatic Jerry, who happens to be a vampire, who moves in next door to a disapproving mother, (and that would be Toni Collette), who soon falls for his charms (who can blame her?). Star Trek’s Anton Yelchin will play Toni’s character’s teenage son, the only person in the neighborhood who realizes Jerry is a vampire. Craig Gillespie is directing the remake of the cult 1985 movie in which Chris Sarandon originally starred as Jerry. Michael De Luca and Alison R Rosenzweig are producing and Lloyd Ivan Miller, Michael Gaeta and Josh Bratman are executive producing the movie, which will be released through Disney. As you see, Fright Night will be kind of return to the mainstream for Colin, since we all remember that after Miami Vice and Alexander he was part of indie movies such as In Bruges and Crazy Heart. Let’s see how things will work out for him this time. We’ll keep an eye on this remake, so remember to stay tuned!
Continue Reading
Advertisement
You may also like...
Related Topics:Anton Yelchin, Colin Farrell, Craig Gillespie, Fright Night