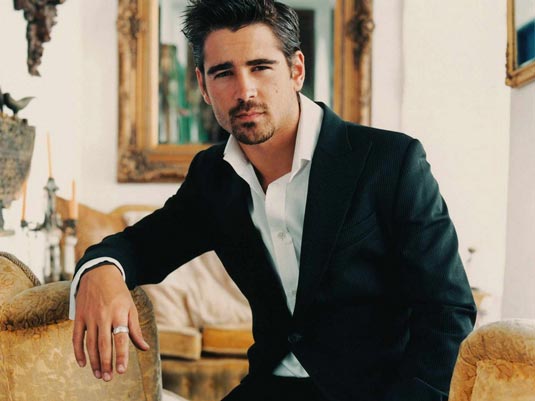 According to Variety, the leading role in Winter’s Tale has been offered to Colin Farrell. If he does accept, he will join already signed Jessica Brown Findlay, Russel Crowe and Will Smith. Based on 1983. Mark Helprin’s novel, the story officially goes as follows: “Set in New York at the beginning and the end of the twentieth century, “Winter´s Tale” unfolds with such great narrative force and beauty that a reader can feel that its world is more real than his own. Standing alone on the page before the book begins are the words, I have been to another world, and come back. Listen to me. In that world, both winter and the city of New York (old and new) have the strength and character of protagonists, and the protagonists themselves move as if in a vivid dream. Though immensely complicated, the story is centered upon Peter Lake, a turn-of-the-century Irish burglar, and Beverly Penn, a young heiress whom he encounters in robbing her house, and who eventually will die young and in his arms. His love for her, and a gift of grace, will allow him after the most extraordinary and painful explorations and discoveries to stop time and bring back the dead. To follow him, his predecessors, his inheritors, and his companions is to experience one of the great stories of American literature.” Currently, Farrell can be seen on the big screen in the upcoming Total Recall reboot and, reteaming with his In Bruges director, Martin McDonagh, in Seven Psychopaths.
Continue Reading
Advertisement
You may also like...
Related Topics:Colin Farrell, In Bruges, Jessica Brown Findlay, Martin McDonagh, Russel Crowe, Seven Psychopaths, Total Recall, Will Smith