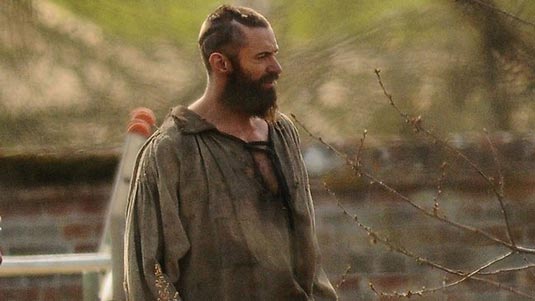 Based on early footage that has been screened at CinemaCon on Thursday, I can honestly say that prodigal Susan Boyle is to be de-throned, because the spin Anne Hathaway put on ‘I Dreamed a Dream’ ensured that, and it will surely be tough to follow. Anne’s singing has been captured on the set, which Oscar-winning Tom Hooper (The King’s Speech) planned to do as much as possible. Universal Pictures Chairman Adam Fogelson said “It is raw and it is real,” warning the audience that the early look still hasn’t been touched up. The footage, set to the Broadway show’s famous ballad, contained glimpses of Russell Crowe as the obsessed Inspector Javert and Hugh Jackman as the reformed convict, Jean Valjean. There were also quick shots of Eddie Redmayne as Marius, a student activist, and Amanda Seyfried as Valjean’s adopted daughter, Cosette, all set against the backdrop of the French Revolution. But the focus was on Hathaway and her vocal talents. Prepare well, musical lovers, for “Les Miserables” hits theaters on December 25th, 2012. Correction: The story is set in the 19th century France, about a century AFTER French Revolution.
Continue Reading
Advertisement
You may also like...
Related Topics:Amanda Seyfried, Anne Hathaway, Eddie Redmayne, Hugh Jackman, Les Miserables, Russell Crowe, The King's Speech, Tom Hooper