Connect with us
In anticipation of the release of violent blood soaked thriller ‘Botched’ we’ve got our hands on a cracking way to kill some time with their brand new game that sees you as a serial killer and some quality family fun.Frantically jolt your mouse along the desk in an effort to swing your mace at oncoming individuals. Coppers, maids and just anyone with a head can be eradicated by having their head caved in a violent act of terror – smashing fun! 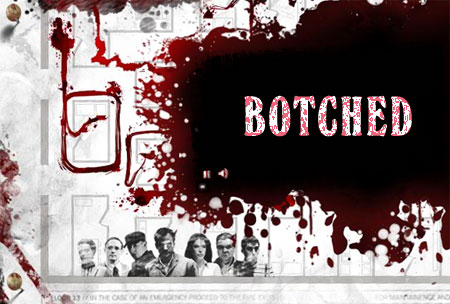 ‘Botched’ follows Ritchie Donovan (Stephen Dorff), a professional thief whose luck has just run out. The only survivor from a heist that goes terribly wrong, Ritchie is forced to take the rap and is sent to Russia to steal a priceless antique cross, locked in a safe on the penthouse floor of a Moscow skyscraper. Things start badly and go rapidly downhill when, during the robbery, Ritchie and his Russian accomplices are forced to take hostages because they are trapped by the police, on the unused 13th floor. Watch “Botched” trailer after jump [youtube]http://www.youtube.com/watch?v=whcW2dbmOSI[/youtube] You can see the film in cinemas on 18 April Source: http://www.botchedmovie.com
Continue Reading
Advertisement
You may also like...
Related Topics:moscow