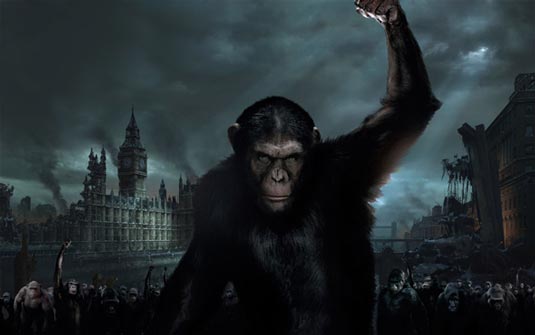 Filming on the Dawn of the Planet of the Apes has been ongoing for a while now, on location in New Orleans, Louisiana, and up north in Vancouver, BC, as you might know. Despite that, 20th Century Fox has just released an official plot synopsis for the next installment in the Planet of the Apes series in a press release, announcing that production on the film has begun, and it also confirms the full cast, to boot. The first film, directed by Rupert Wyatt was great, and hopefully director Matt Reeves can give us a decent sequel. The story they are telling is a step in the right direction. Here’s the official press release:

So we got confirmation that James Franco won’t be returning as Caesar’s ‘dad’, Dr. Will Rodman (and at the same time a man who developed a virus that decimated humankind), and that the plot will turn focus from father-son drama to Caesar’s experience as the leader of apes. Also, the script (initially written by Amanda Silver and Rick Jaffa) has been revised by Mark Bomback, although it is not yet apparent how substantial that rewrite is. I guess we will have to wait and see. Dawn of the Planet of the Apes opens on May 23rd, 2014.