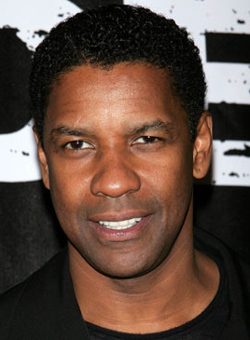 Hey, Denzel Washington‘s fans, check this out! He is in talks to star in Safe House, spy thriller that has already been described as a mix between Collateral and Three Days of the Condor. Sound’s even better now that we know he’s going to play a villain in Daniel Espinoza‘s film, which has been written by David Guggenheim. Safe House is a story about: “a young CIA agent, who is the sole survivor of an attack on a CIA safe house. Figuring he’s immortal, he’s chosen by his agency to escort a dangerous prisoner to another safe house. The lucky guy has to survive the prisoner, inhospitable territory, and attackers who want the agent and his prisoner dead.” So, as you see, Denzel Washington is not going to play the CIA agent, he’s definitely going to be on the “other side” this time, taking the role of the “dangerous prisoner.” Nothing strange, since we all remember he was great in movies like The Book of Eli, The Great Debaters and American Gangster. So we have no doubt that he’s a perfect one for this kind of role, right? Safe House is expected to start production later this year, and until then make sure you check Washington in action film Unstoppable alongside Chris Pine and Rosario Dawson. With every new “safe” detail, we’ll be back, so stay tuned!
Continue Reading
Advertisement
You may also like...
Related Topics:Denzel Washington, Safe House