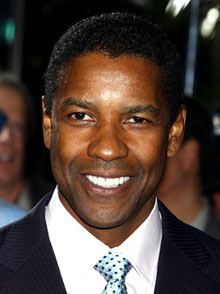 Denzel Washington is in talks to star in the drama thriller “Unstoppable.” Tony Scott will direct from Mark Bomback‘s screenplay which is based on real events. The film is about a runaway train carrying a cargo of toxic chemicals. It pits an engineer (Washington) and his conductor in a race against time. They’re chasing the runaway train in a separate locomotive and need to bring it under control before it derails on a curve and causes a toxic spill that will decimate a town. The movie will be the fifth time Washington has worked with Scott. The pair previously collaborated on “Crimson Tide,” “Man on Fire” and “Deja Vu” tand recently completed filming on remake “The Taking of Pelham 1 2 3,” which Columbia Pictures releases June 12, 2009. Washington has been filming “The Book of Eli” for Alcon Entertainment and Silver Pictures, with Allen and Albert Hughes directing the post-apocalyptic thriller that Warner Bros. releases in early 2010. “Unstoppable” is set to start shooting this fall.
Continue Reading
Advertisement
You may also like...
Related Topics:Denzel Washington, Tony Scott, Unstoppable