Here’s the full teaser for Drive Angry 3D as shown at Comic-Con 2010. In the film Nicolas Cage throws on another wig and channels his inner “Grrrrr” and stars as Milton, an alcoholic felon who’s just broken out of jail in an attempt to stop the cult that already murdered his daughter from sacrificing his infant granddaughter next. He has three days and he’s gonna have to “drive angry” in order to save her. 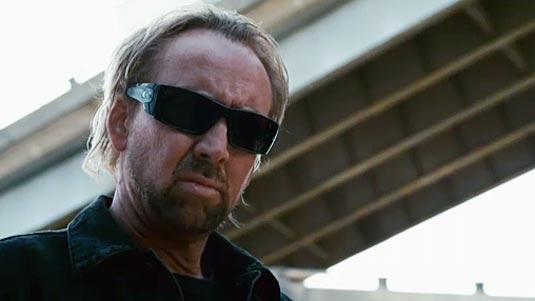