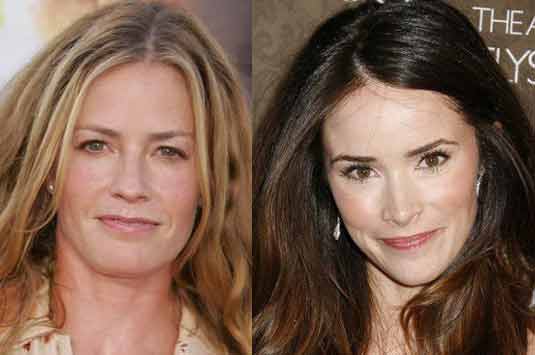 So, what do Elisabeth Shue and Abigail Spencer have in common? Except the nice smile? Make sure you remember this title – Of Man and Mavericks! I’m sure it sounds familiar to you, because we’re actually talking about the real-life story of late surfer Jay Moriarty. The biopic comes from director Curtis Hanson, and it already stars Gerard Butler, Jonny Weston and Leven Rambin. Kario Salem and Brandon Hooper are responsible for the script and at this moment we know that Of Men and Mavericks will follow a chapter in the real-life story of young Northern Californian Jay Moriarty, a world champion surfer and adventurer who made his reputation surfing Marvericks north of Half Moon Bay before dying in a diving accident at age 22. Of course, Butler is on board to play local surfing legend Frosty Hesson, who mentored and trained the young Moriarty, played by Jonny Weston. According to the latest reports, Shue comes on board to play Moriarty’s mother, while Spencer will play the role of Butler’s character’s wife. Fox 2000 will co-finance and distribute with Walden Media, and the movie is scheduled to start shooting later this month in Northern California. Anyone excited about this one?
Continue Reading
Advertisement
You may also like...
Related Topics:Abigail Spencer, Curtis Hanson, Elisabeth Shue, Gerard Butler, Jonny Weston, Leven Rambin