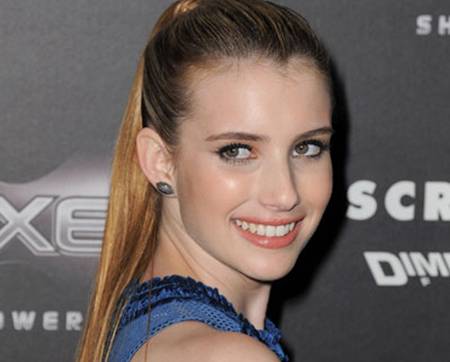 One of the leads in the horror film Scream 4, Emma Roberts, the niece of Julia Roberts, will next collaborate with Dito Montiel, a director who has a knack for making him look like an amateur. Montiel has made a career in the movies out of delving back into his Queens roots to craft gritty, and he keeps walking in the same direction – his new heist drama Empire State, which stars Liam Hemsworth and Dwayne Johnson, is based on real events from 1982 when two friends from Queens plan to rob an armored car depository. The Hunger Games Hemsworth is playing one of these friends, while Johnson is playing the NYPD detective assigned to the case of solving the crime. Young Roberts is getting the role of the waitress who acts as Hemsworth character’s love interest. It’s not known if his favorite actor Channing Tatum will be taking on the role in the new film. The script is written by Adam Mazer (Breach). Production is slated to begin this spring. Roberts is currently filming Scott Coffey’s satirical comedy Adult World with John Cusack and Evan Peters. Check out the trailer for Montiel’s last work, police drama The Son of No One, featuring Tatum, Ray Liotta, Al Pacino and played at the 2011 Sundance Film Festival. [youtube]http://www.youtube.com/watch?v=BuVwb9nLZ20[/youtube] Source: Variety
Continue Reading
Advertisement
You may also like...
Related Topics:Dito Montiel, Dwayne Johnson, Emma Roberts, Empire State, Liam Hemsworth