Connect with us
Actress Eve Hewson will star alongside Sean Penn and Oscar winner Frances McDormand in the upcoming indie drama This Must Be the Place by Italian director Paolo Sorrentino (Il divo). 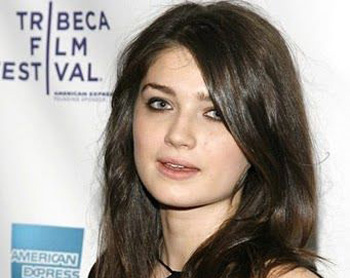 According to Variety, the movie centres on a veteran rock star (Sean Penn) who pursues a Nazi criminal after they abused his father. Or if you prefer, here’s a short This Must Be the Place synopsis: “Story centers on an aging rock star (Penn) who becomes fixated on pursuing the Nazi criminal who tormented his father in a concentration camp. Hewson will play a gothic-punk music fan who is close friends with Penn’s character.” A $28 million English-language film, This Must Be the Place, is co-written by director Sorrentino and Umberto Contarello. Filming is set to begin this month and will last 10-weeks in Dublin, Ireland and U.S. locales Michigan, New Mexico and New York. Eve Hewson, recently starred in 2008 Erica Dunton’s indie drama The 27 Club. Sean Penn and Paolo Sorrentino first met at 2008’s Cannes Film Festival, when Penn headed the jury and Sorrentino was competing with Il Divo. Two years later, their first tag team effort is set to be introduced to buyers on the Croisette. “I’d seen Il Divo,” Penn commented, “and told him to please count me among the actors who would love to work with him.” So, here they are now, together in This Must Be the Place.
Continue Reading
Advertisement
You may also like...
Related Topics:Eve Hewson, Frances McDormand, Paolo Sorrentino, Sean Penn, This Must Be the Place

Win Tickets to World Premiere of Harry Potter and the Deathly Hallows
F. Gary Gray to Direct Hair of the Dog
Advertisement