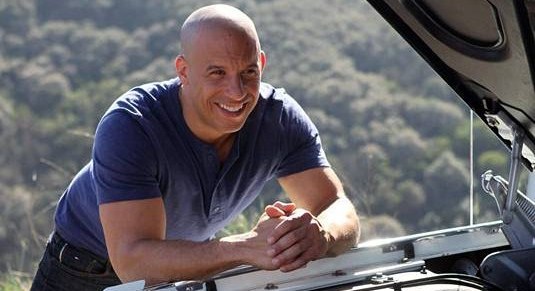 Consider this as a huge Fast & Furious 6 update! A brand new TV spots and three new featurettes from Justin Lin‘s upcoming movie have arrived just in time to remind you that the highly anticipated franchise action sequel is set to hit theaters this month. More videos – more footage, head inside to check out some great scenes from Piccadilly Circus and see what’s so special about shooting in Europe! In the meanwhile, let us once again remind you that Justin Lin directed the whole thing from a script written by Chris Morgan, which revolves around a professional criminal gang (led by Dominic) who have retired following their successful heist in Fast Five, but – remain wanted fugitives… In other words, Dominic and his crew of international thieves and drivers are wealthy, but their criminal records prevent them from returning to their home countries.

Meanwhile, Hobbs has been tracking an organization of lethally skilled mercenary drivers across 12 countries, whose mastermind is aided by a ruthless second-in-command revealed to be the love Dom thought was dead, Letty. The only way to stop the criminal outfit is to outmatch them at street level, so Hobbs asks Dom to assemble his elite team in London. Payment? Full pardons for all of them so they can return home and make their families whole again…