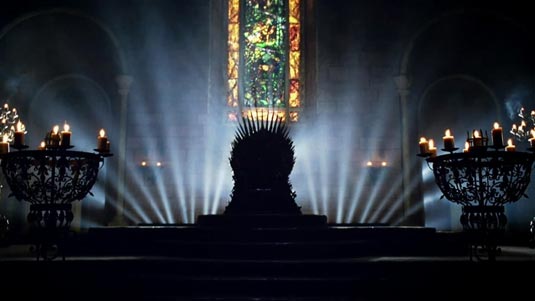 The winter is coming… this spring. Anticipation for the third season of HBO’s enormously popular fantasy series, Game of Thrones began right at the season two’s end, and now the network has announced the season three premiere date with a cunning teaser poster via their Facebook page. Check it out below.

We know that the upcoming 10-episode season will cover roughly the first half of George R.R. Martin’s third book in the “Song of Ice and Fire” series, A Storm of Swords, and Irish actor Ciaran Hinds (Tinker Tailor Soldier Spy) portrays the anxious-to-see-him Mance Rayder (aka “The King Beyond the Wall”). Oooh I’m so happy to return back into the Game of Thrones world, so March 31st, 2013 can’t get here soon enough – but I think it just might pass sooner than I’d think, since I have lots of good stuff to read and watch (the last book of Robert Jordan’s “The Wheel of Time” series is coming out a week after New Year!). How ’bout you?
Continue Reading
Advertisement
You may also like...
Related Topics:Ciaran Hinds, Game of Thrones, George R.R. Martin

Don’t Miss The Final Poster For Schwarzenegger’s THE LAST STAND!
First Trailer for THE MORTAL INSTRUMENTS: CITY OF BONES
Advertisement