New photos from the set of Thor: The Dark World that appeared online show the film’s villain, Malekith and his minions, the Dark Elves. According to the official synopsis, Thor (Chris Hemsworth) has to stop Malekith (Christopher Eccleston) who is set on vengeance – which he imagines as plunging the universe back into darkness. Brrr, darkness – as Hollywood taught us so far, BAD and terrible things lurk in darkness. Like sharp and hard edges that simply love to target your pinkie toe. As you will see on the pictures we got thanks to MTV, BadTaste.it, and I’m Not Obsessed, the Dark Elves have got the nice-looking, intricate armor that fits well into the look of the supernatural realms established in the first movie. 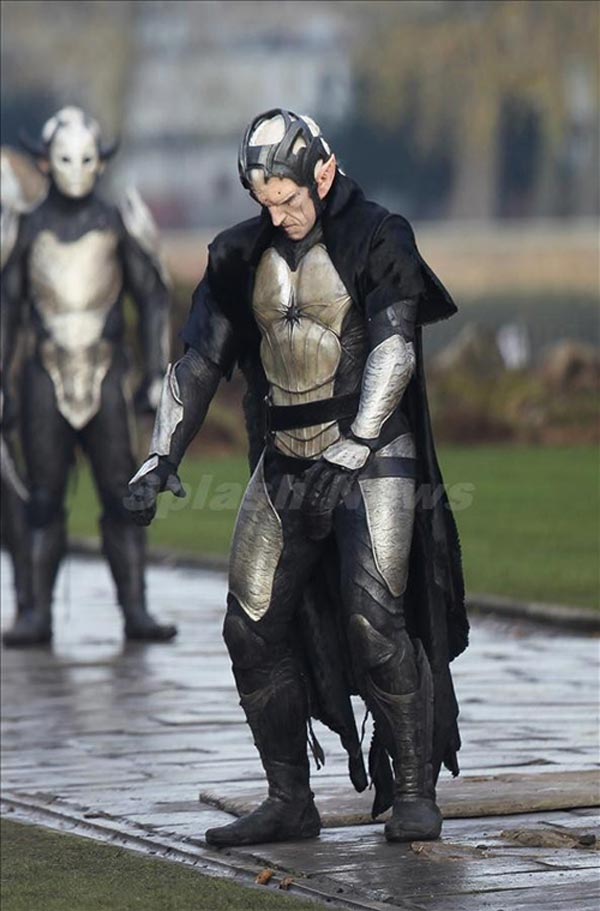 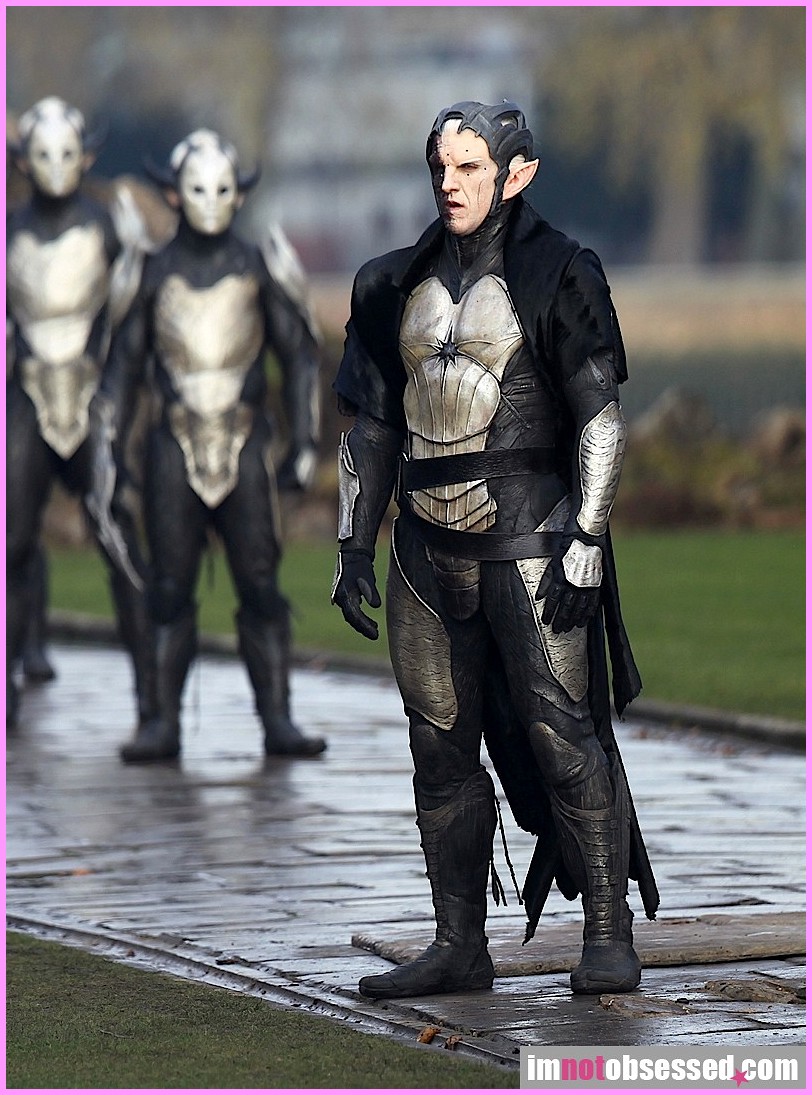 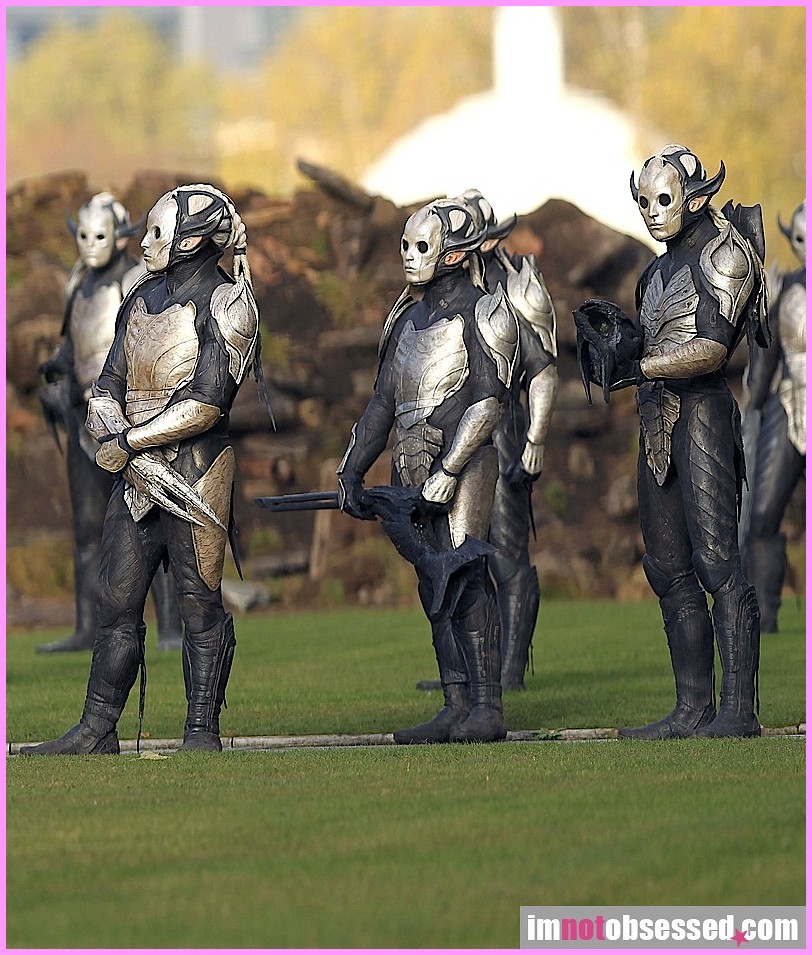 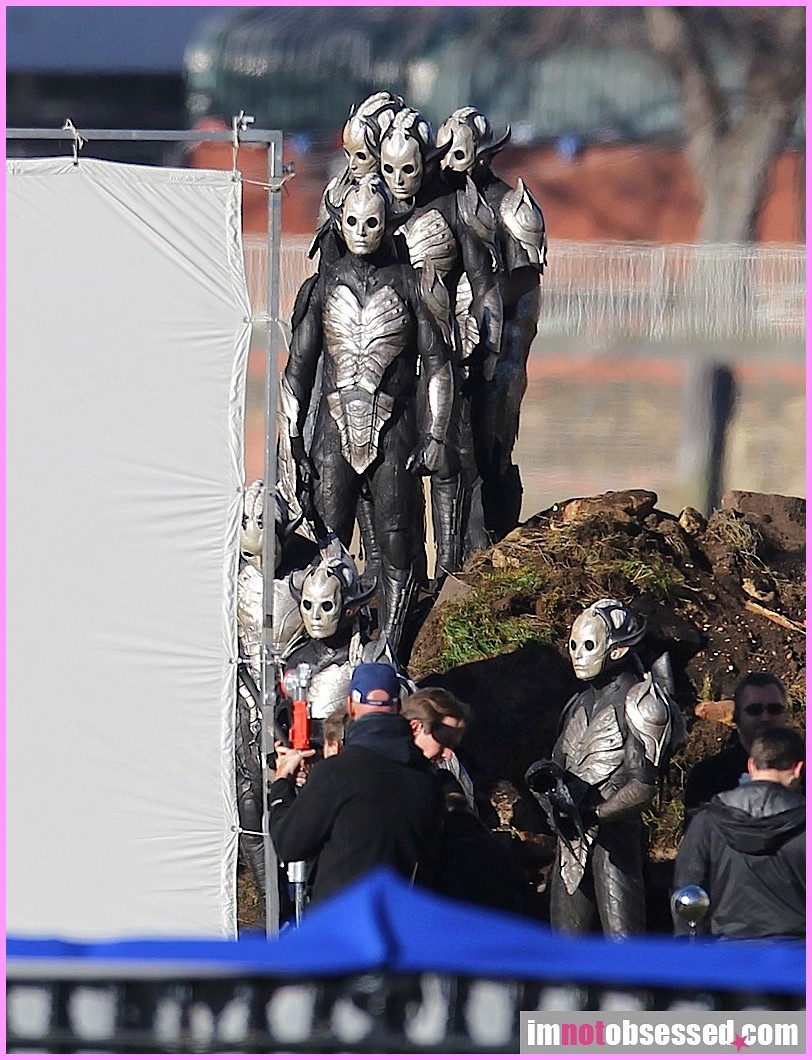 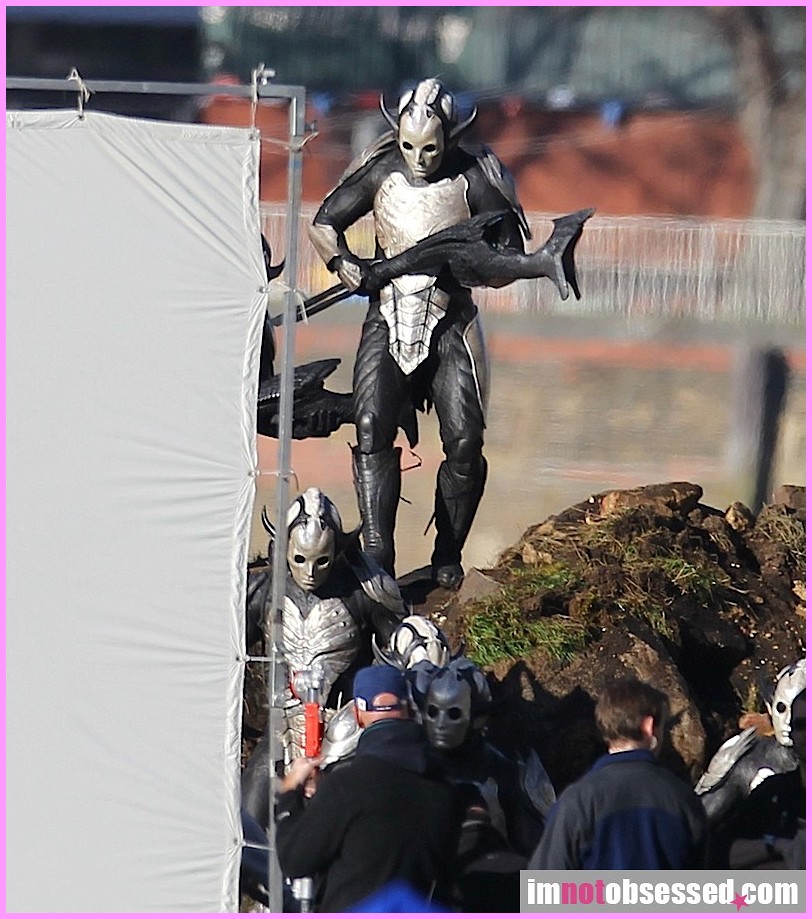 Tom Hiddleston recently gave an interview to GQ, and here’s what he has to say on the subject:

GQ: You’re filming Thor: The Dark World at the moment – are you feeling more pressure after the success of Avengers? HIDDLESTON: It’s mostly self-applied pressure actually. I remember Chris [Hemsworth] and I saying over the summer when Avengers came out, where do we go now? Going into this one we were – very flatteringly – involved in big creative conversations about tone, and story. Thor and Loki are these two characters that people know and love and understand – so we have to take this in the right direction. You want to do something new – you don’t want to re-heat the same recipe in the microwave, you want to cook up something different and exciting – but you don’t want to lose the things that worked the first time. So we’re our own slave drivers, in a way. Complacency is the enemy. But that’s exciting and it’s going well. I have never seen a group of actors or a crew work harder. GQ: How has Avengers influenced the rest of the Marvel franchises? Loki being Hulk-smashed – you can’t ignore that has happened. HIDDLESTON: Yeah! [laughs]  He’s certainly eaten humble pie. The springboard for us in the second Thor film is at the end of Avengers you see Thor and Loki beamed up back to Asgard. The first question that we all asked was “what happens next? What does Odin have to say about the events of Avengers?” What’s Jane Foster been up to while she wasn’t involved?” It’s really exciting, actually. We’re literally half way through – we started at the start of August and we should be finished by Christmas. It’s going beautifully.

Here’s the official synopsis for Thor: The Dark World:

Marvel’s Thor: The Dark World continues the big-screen adventures of Thor, the Mighty Avenger, as he battles to save Earth and all the Nine Realms from a shadowy enemy that predates the universe itself. In the aftermath of Marvel’s Thor and Marvel’s The Avengers, Thor fights to restore order across the cosmos…but an ancient race led by the vengeful Malekith returns to plunge the universe back into darkness. Faced with an enemy that even Odin and Asgard cannot withstand, Thor must embark on his most perilous and personal journey yet, one that will reunite him with Jane Foster and force him to sacrifice everything to save us all.