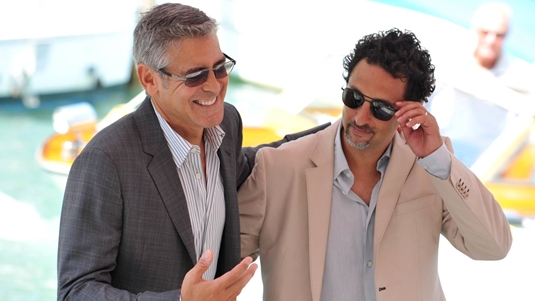 George Clooney and Grant Heslov are in the Oscar race with The Ides of March and they are Smokehouse partners, too. So, those two busy guys and Sony Pictures will turn the story of 60s comedians Tom and Dicky Smothers, specifically focusing on their television variety show on CBS called, The Smothers Brothers Comedy Hour. The show became one of the most controversial American TV programs due to their openness about youth culture, the Vietnam War and racism in America. The program also regularly featured guest appearances like Steve Martin, Bob Einstein, Albert Brooks, Jefferson Airplane, The Doors, and The Who, whose performance of My Generation song lives on in the annals of TV live-performance history. The screenplay, to be penned by Brian Hecker and Craig Sherman, is based on ‘Dangerously Funny: The Uncensored Story of the Smothers Brothers Comedy Hour’, a biography by David Bianculli, a television critic and founder of TV Worth Watching. As for Clooney, he can be seen in theaters right now in Alexander Payne’s The Descendants. The Smothers Brothers biography is described as follows:

A behind-the-scenes look at the rise and fall of “The Smothers Brothers Comedy Hour” — the provocative, politically charged program that shocked the censors, outraged the White House, and forever changed the face of television. Decades before “The Daily Show”, “The Smothers Brothers Comedy Hour” proved there was a place on television for no-holds-barred political comedy with a decidedly antiauthoritarian point of view. In this explosive, revealing history of the show, veteran entertainment journalist David Bianculli tells the fascinating story of its three-year network run — and the cultural impact that’s still being felt today. Before it was suddenly removed from the CBS lineup (reportedly under pressure from the Nixon administration), “The Smothers Brothers Comedy Hour” was a ratings powerhouse. It helped launch the careers of comedy legends such as Steve Martin and Rob Reiner, featured groundbreaking musical acts like the Beatles and the Who, and served as a cultural touchstone for the antiwar movement of the late 1960s. Drawing on extensive original interviews with Tom and Dick Smothers and dozens of other key players — as well as more than a decade’s worth of original research — Dangerously Funny brings readers behind the scenes for all the battles over censorship, mind-blowing musical performances, and unforgettable sketches that defined the show and its era. David Bianculli delves deep into this riveting story, to find out what really happened and to reveal why this show remains so significant to this day.

Smothers Brothers Comedy Hour : The Who – My Generation