Connect with us
What’s up with all these biopics this week? We have no idea, but we’re here for another biopic report! 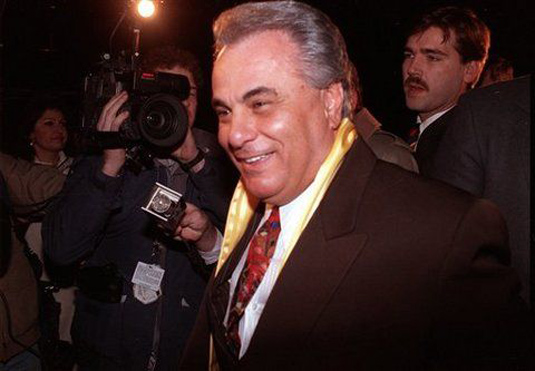 However, this is not a big surprise, because we already had a little chat about this project two months ago, only now we actually learned that a film about the legendary Gambino crime family is in the works, with a script developed in part by John “Junior” Gotti, son of late mob boss “Dapper Don” John Gotti. So, at this moment we know that the younger Gotti is working on a screenplay with actor-writer Leo Rossi, with plans for a $15-million film created by Fiore Films of New York. Gotti envisions the film as a “father-son” story, beginning with the day in 1999 when he told his father he no longer wanted any part of the family business. “It was the first time we’d had contact in seven years – the first time we’d touched each other in seven years,” he said. “And because it was a government-ordered meeting, all 90 minutes of it were captured on tape. Anyone sitting and watching that last video between a father and a son, there’s no way they can walk away with dry eyes.” Gotti also added that “…the opportunity presented itself to clear up a lot of inaccuracies. Now, to do it for the big screen, which I’d never imagined, automatically it’s appetizing.” Let us remind you that Sylvester Stallone and Gotti Jr. were in talks for Sly to star as Gotti as well as produce and direct the film. At this moment we know that no other name has been attached to the film so we guess that Stallone could still star and possibly direct. As usual, make sure you stay tuned for more details!
Continue Reading
Advertisement
You may also like...
Related Topics:John Gotti, Sylvester Stallone