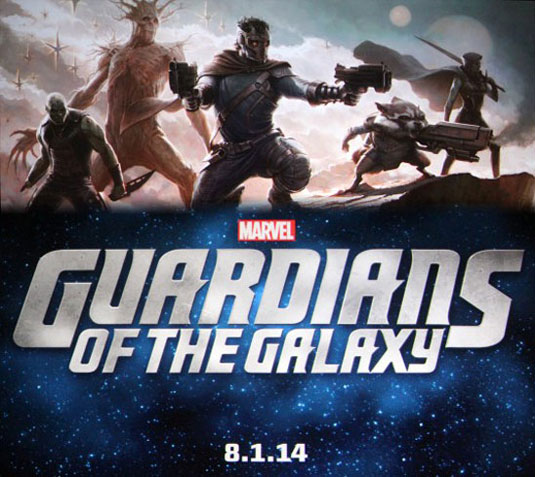 Marvel’s Phase II, as you know, kicks off this summer with Iron Man 3, followed by Thor: The Dark World, Captain America: The Winter Soldier, Guardians of the Galaxy, and The Avengers 2. Marvel Studios producer Kevin Feige recently explained the “cosmic” feel of these Phase II movies, while revealing that Guardians of the Galaxy takes place almost entirely in outer space. Read on at what he had to say in a recent interview with SFX, which includes interesting tidbits about the rest of these upcoming sequels:

“I wouldn’t say that in a broad sense. The Thor film and the Guardians of the Galaxy film certainly are cosmic. Guardians and Thor will take the brunt of the cosmic side of the universe, particularly Guardians, which is 95% in space. I think Iron Man 3 shows the other side of Phase 2, which is delving deeper into the characters. Throwing them on a much more personal journey. And Captain America will showcase… What’s exciting to me about Cap – sort of about Iron Man 3 too if you look at it – is it’s tonally almost like a different genre. Shane Black has described Iron Man 3 as a Tom Clancy sort of political thriller, which I like a lot. We hired our directors on Cap because they loved our explanation that we really want to make a ’70s political thriller masquerading as a big superhero movie. Just like with the first film – we got Joe Johnston because we said, ‘We want to do a ’40s World War Two movie masquerading as a big superhero movie.’ I love that we’re doing a sequel to a film that’s a completely different genre than the first film. I think that’s fun. And the comics do it all the time.”

Also, when asked if Guardians of the Galaxy will be integral to the plot of The Avengers 2, Feige revealed:

“I would say that it does not. It’s much more of a standalone film. It takes place in the same universe. And when we’ve been on the other side of that universe in other movies, you might see those characteristics in Guardians, but The Avengers are not involved with what’s happening out there at this time.”

Guardians of the Galaxy comes to theaters on August 1st, 2014 and stars (so far) Chris Pratt as finally chosen Star-Lord. The film is directed by James Gunn.