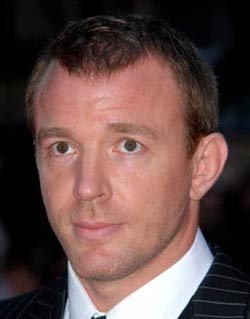 Warner Bros. has offered the sequel to Zack Snyder’s 300, or if you prefer – Xerxes to director Guy Ritchie! Ok, we know that Snyder is very busy with Superman these days, but why Ritchie all of the sudden? We have no idea, but it’s going to be interesting to see how British director and The Sherlock Holmes helmer will handle this story! According to Vulture, there are two “theories” about the whole thing. First, there’s a possibility that Warner Bros. wants Snyder’s attention focused squarely on “Man of Steel” at the moment, as sources tell them that the story is suffering some “major third act problems” and the studio wants to get the film out as soon as possible. On the other hand, there’s another theory that goes like this: “at a recent Warner Bros.-conducted audience research screening of Snyder’s “Sucker Punch”, the film tested poorly. Says one insider familiar with it, “It was bad; like, really bad. They’re [Warners brass] really not happy with it over there.” Which one is valid? I’m sure we’ll soon have a chance to find out! In a meanwhile, let me remind you that 300, based on Frank Miller‘s graphic novel, dealt with the story of the 480 BC battle of Thermopylae, where a heroic band of Spartans battled a much larger army of Persians. Now, according to the latest reports, Xerxes, which is based on another of Miller’s works, will be set 10 years earlier, and will “presumably feature the eponymous Persian king.” What do you think about this offer, after all?
Continue Reading
Advertisement
You may also like...
Related Topics:Frank Miller, Guy Ritchie, Xerxes