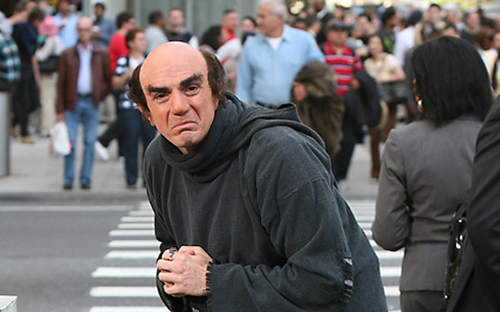 We are here to talk about The Smurfs again! But, today, we’re going to start this chat a little bit different since we just had a chance to see the first set photo of Hank Azaria as Gargamel in an upcoming big screen CGI/live action hybrid 3D adaptation of our lovely blue friends. Check out this photo, guys, we think he look’s pretty scary. Perfect Gargamel, don’t you think? So, let us all remind some basic information about this huge project that’s expected to arrive August 3rd 2011. The live-action/CG blend comes from director Raja Gosnell, who has made the mix of humans and computer-fabricated critters his forte on Beverly Hills Chihuaua and two Scooby-Doo movies. The official The Smurfs plot synopsis part goes like this: “When the evil wizard Gargamel chases the tiny blue Smurfs out of their village, they tumble from their magical world and into ours – in fact, smack dab in the middle of Central Park. Just three apples high and stuck in the Big Apple, the Smurfs must find a way to get back to their village before Gargamel tracks them down.” 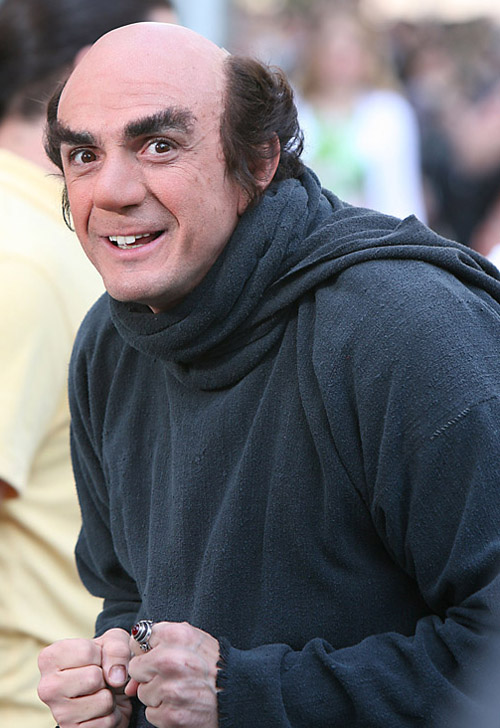 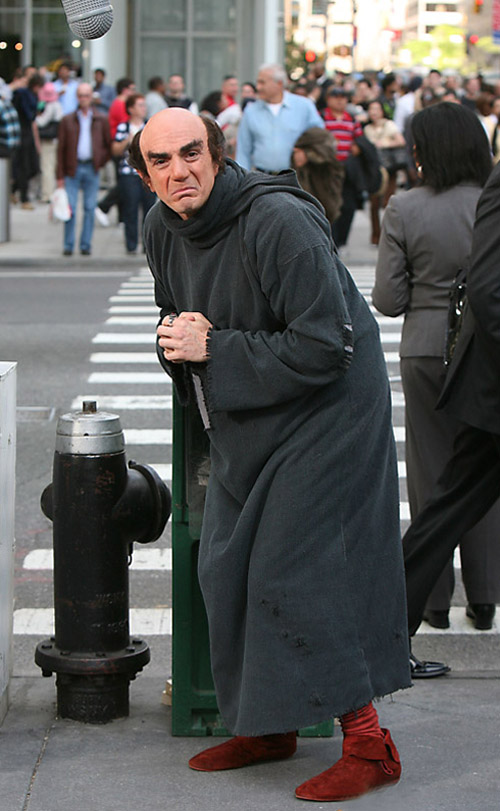