Open Road has released a red band trailer for Homefront, an action movie written by Sylvester Stallone and directed by Gary Fleder which pits meth cook James Franco against undercover cop Jason Statham. Franco sneers while playing a southern drug dealer who doesn’t like Statham, a regular Joe America type who is secretly ex-DEA and who punches things to protect his family when small town monster Gator Bodine (Franco) is urged to fuck with him by his wife (Kate Bosworth) for some perceived slight. The flick blends the slow-burning Southern tension with the inner city action, which is not oft seen. However, a good chunk of the action here wasn’t shown in the first Homefront trailer. Statham’s third actioner of 2013 also stars Winona Rider, Clancy Brown, Rachelle Lefevre, Frank Grillo, and young Izabela Vidovic and it will open in theaters on November 27th. Check out the new red-band trailer for the flick from IGN. We highly advise you to not play it around children or in a work-place environment. Synopsis:

HOMEFRONT stars Jason Statham as former drug enforcement agent, Phil Broker, a family man who moves off the grid with his daughter, to a seemingly quiet bayou backwater to escape his troubled past. However, Broker’s world soon becomes anything but quiet once he discovers that an underbelly of drugs and violence riddles the small town. Soon, a sociopathic methamphetamine kingpin, Gator Bodine (James Franco) puts Broker and his daughter in harm’s way forcing Broker back into action in order to save his family and the town. 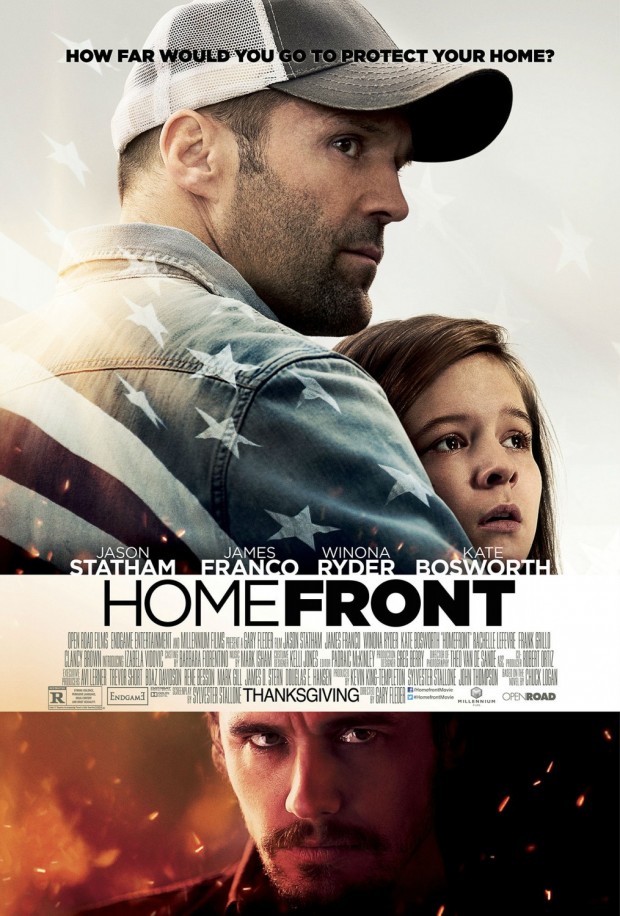 Continue Reading
Advertisement
You may also like...
Related Topics:Homefront trailer