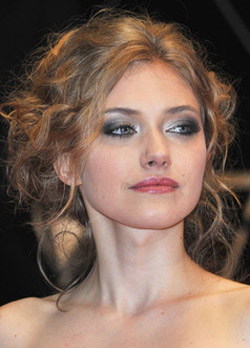 Greetings From Tim Buckley is the upcoming Dan Algrant‘s project that definitely sounds promising. Now, even more, when we know that great Imogen Poots is set to join previously announced Penn Badgley. Poots is one busy lady, indeed, but we’re sure she’ll be great playing a young woman who meets Jeff Buckley while working at the concert. The whole thing was written by Dan Algrant, Emma Sheanshang and David Brendel, and it will tell the true story of the days leading up to Jeff Buckley’s eminent 1991 performance at his father’s tribute concert in St. Ann’s Church. Through a romance with a young woman working at the concert, he comes to understand the father who abandoned him. Culminating in a cathartic performance of his father’s most famous songs, Jeff’s debut stuns the audience and launches his career as one of the greatest young musicians of his time As Penn Badgley previously explained: “To play a man who was singularly gifted as an artist, greatly misunderstood & mythologized as a human being… It’s something very special and sacred. I’m going to give all I can to this project.” We can’t wait! Greetings from Tim Buckley is in preproduction and will start shooting next month in New York City. As usual, we’ll keep an eye on this project, so make sure you stay tuned for more interesting updates!
Continue Reading
Advertisement
You may also like...
Related Topics:Greetings From Tim Buckley, Imogen Poots, Penn Badgley