Connect with us
Another indie comedy is coming, so get ready for a new title Free Samples. 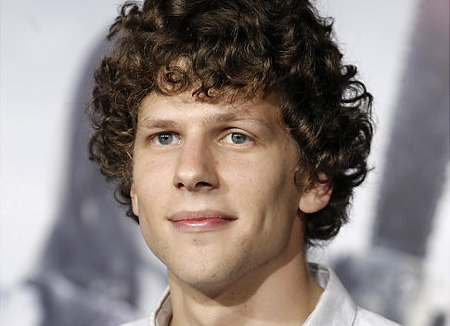 And we’re here to report that The Social Network star, Jesse Eisenberg, will star in it, alongside Jess Weixler, Jason Ritter, Tippi Hedren, Halley Feiffer, Keir O’Donnell, Jocelin Donahue and Matt Walsh. Not bad at all… The film centers on “…a law school dropout, played by Weixler, who fills in as a food server on a friend’s food truck. Stuck in a frustrating job, the girl finds herself being courted by Eisenberg’s character. Eisenberg plays a young man who the girl barely remembers from the night before.” Just in case you wonder, the movie gets its title from the fact that Weixler’s character begins doling out free samples of ice cream. Production on Free Samples is currently underway in Los Angeles, and there’s still no release date. As usual, we’ll keep you up to date!
Continue Reading
Advertisement
You may also like...
Related Topics:Jess Weixler, Jesse Eisenberg