A new poster for Disney’s “Bolt” has been released. The story of “Bolt” revolves around a German Shepherd (John Travolta), who has lived his whole life on the set of his action TV show, where he believes he has superpowers. When separated from the studio by accident, he meets Mr. Mittens (actually a female cat) and a hamster named Rhino. Along the way, he learns that he doesn’t have superpowers and that the show is not realistic.   Chris Williams will be making his directorial debut with “Bolt,” but has previously wrote scripts for other Disney films like “Mulan” and “The Emperor’s New Groove.” “Bolt” opens to theaters November 21th. 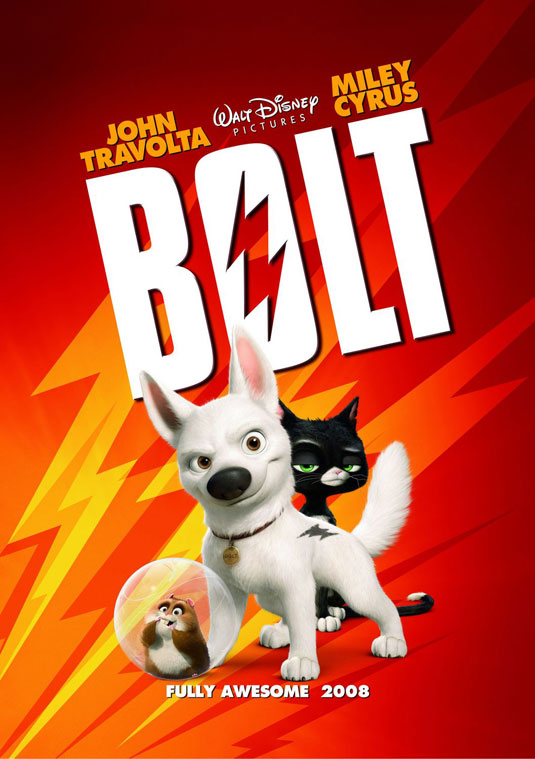