Connect with us
Director John Woo is quite busy with his new 1940s bilingual aerial battle epic movie Flying Tigers. 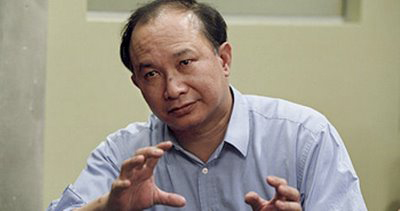 And now, even more, since he’s working with the Creative Artists Agency and IMAX on his $90 million project. Yes, you read it correctly, Flying Tigers is claimed to be the most expensive Chinese production to date! The film is based on a World War II true story, and it centers “on Chennault, an American officer who ran the Flying Tigers volunteer fighter-pilot squadron, running missions to fly supplies to Chinese forces while fighting off Japanese aerial forces. Chennault was responsible for training the first generation of Chinese fighter pilots.” Woo will direct the film and is co-writing the script with Chris Chow. In an interview with THR, Woo said that he already has somebody in mind for the lead role of U.S. Army Air Corp Lt. Gen. Claire Lee Chennault: “It’s got to be a star but it’s hard to find the right one, because at that time Chennault was almost 50 years old. Ideally, I’ve been thinking of Liam Neeson as the title actor.” On the other hand, he also said he wants a younger Chinese actor for the role of a young pilot trainee. Ye Liu (from City of Life and Death) is one of the possibility for the role. The film comes to theaters next year, and it will begin pre-production in China this September. We’ll keep an eye on Woo’s Flying Tigers, stay tuned!
Continue Reading
Advertisement
You may also like...
Related Topics:Chris Chow, john woo, Liam Neeson