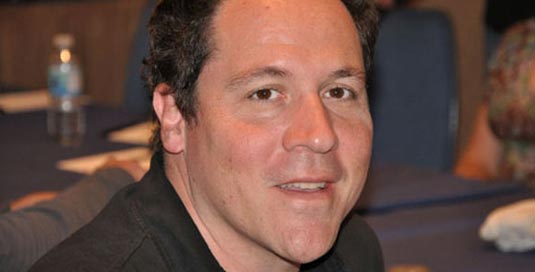 I’m sure you already remember this title – Identity Thief, an upcoming Universal comedy which will be directed by Seth Gordon. The good news about this project is that we have quite interesting cast on board which includes Jason Bateman, Melissa McCarthy and Amanda Peet. Today comes the word that Iron Man helmer Jon Favreau, will be the part of the Thief-team as well! Identity Thief follows a man, played by Bateman, whose life is upended when his identity is stolen by a woman, played by McCarthy. At this moment we know that Favreau will play Bateman’s boss. We have nothing against this decision, but we definitely hope things with this project will go much better than with 2009 comedy “Couples Retreat” where Bateman and Favreau also starred together. The movie will co-star Jon Cho and Clark Duke. Production on Identity Thief will start soon, and the movie is already set to open on February 8th, 2013.
Continue Reading
Advertisement
You may also like...
Related Topics:Amanda Peet, Clark Duke, Identity Thief, Jason Bateman, Jon Favreau, Melissa McCarthy, Seth Gordon