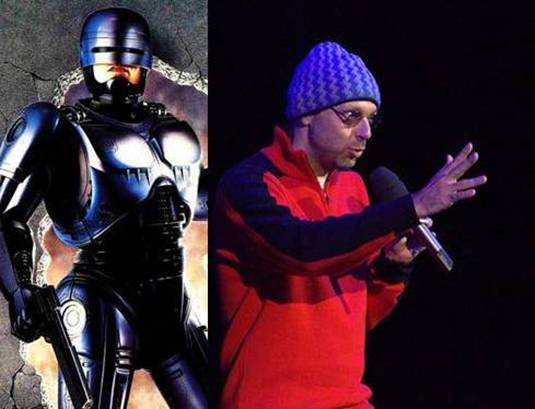 Brazilian filmmaker José Padilha told G1, “It’s closed,” regarding his deal to direct MGM’s Robocop reboot. And last week, Josh Zetumer came aboard to write the script for the film. This means, the project is still alive! The Robocop remake has a bit of a problematic past, as Darren Aronofsky came on board to direct in 2008, but then MGM had to proclaim economic failure and Aronofsky left the project. With Zetumer recently being drafted to write the script, production on this pic is step out on the limb. Zetumer currently has no produced screenplays. But his spy-thriller script Infiltrator made the Black List and is now in development at Warner Bros. with Leonardo DiCaprio to star. As well, Zetumer penned a draft of the expanding fourth installment of The Bourne Identity franchise. Last month was reported that the newly-reorganized MGM was aiming to remake Paul Verhoeven’s classic 1987 action film Robocop. For those unknown with Verhoeven’s feature, the story is based on a departed cop (Peter Weller) who is rebuilt into a crime-fighting cyborg. While there was a lot of impressive action, Robocop also included some satirical and bright social satire. Padilha, you may bear in mind, was one of the directors under consideration for the head coaching Gangster Squad at Warner Bros. In addition to Elite Squad, 2008 Golden Bear winner, and its sequel, Padilha has done documentary work including the award-winning Bus 174. Furthermore, he recently served on the World Documentary Jury at this year’s Sundance Film Festival. Padilha also recently revealed that he needs to reset the sci-fi Robocop in Detroit. He didn’t get any more on the details of the Robocop remake so we do have to wait for more clarification on this. Hopefully the The Elite Squad 2 sequel will have a U.S. distributor soon. Check out the trailer for that below: [youtube]http://www.youtube.com/watch?v=iwTiu3typeY[/youtube]
Continue Reading
Advertisement
You may also like...
Related Topics:José Padilha, Josh Zetumer, Leonardo DiCaprio, robocop, Sundance Film Festival