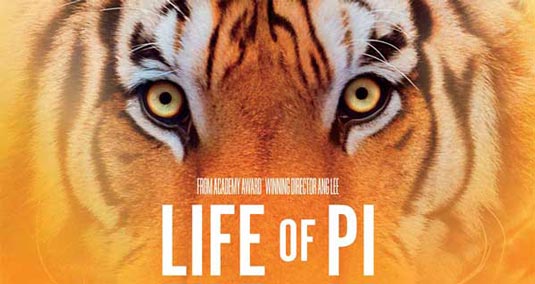 Just the other day we presented you with the first featurette from Ang Lee‘s newest feature, Life of Pi, and now we have another candy for you – titled “Impossible Journey”, in which the book writer Yann Martel is speaking, in addition to the Academy Award-winning director. Oh, and a brand-new awesome-looking poster. You can check them out after the jump.

Based on the book that has sold more than seven million copies and spent years on the bestseller list, Lee’s Life of Pi takes place over three continents, two oceans, many years, and a wide world of imagination. Lee’s vision, coupled with game-changing technological breakthroughs, has turned a story long thought unfilmable into a totally original cinematic event and the first truly international all-audience motion picture.

On November 2nd, Life of Pi will screen as one of the Centerpiece Galas at the AFI Fest 2012, and Twentieth Century Fox will release the movie on November 21st, 2012.
Continue Reading
Advertisement
You may also like...
Related Topics:Ang Lee, Life of Pi, Yann Martel