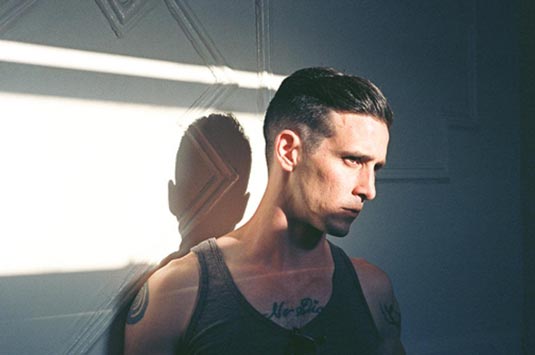 Variety reported on Tuesday that actor James Ransone (Sinister, Inside Man, The Next Three Days) will replace Nate Parker (Red Tails, Red Hook Summer, The Secret Life of Bees) for Spike Lee’s remake of Chan-wook Park‘s Oldboy. Ransone had previously worked with Lee on Inside Man and Red Hook Summer. Parker had been slated to play a small role of a doctor who works with Elizabeth Olsen‘s character. Variety added that Parker left the project due to scheduling conflicts with his commitment for the Non-Stop film where he is starring beside Liam Neeson. Actors Josh Brolin (Milk, Men in Black 3), Sharlto Copley (District 9, The A-Team), and Olsen are attached to this planned remake of Chan-wook Park’s live-action film, which is itself an adaptation of Garon Tsuchiya and Nobuaki Minegishi’s manga. Samuel L. Jackson is also slated to appear in the film as man tortured by the main character, and Grammy-winning musician Bruce Hornsby (Red Hook Summer) will compose the film’s score. Variety earlier described the Korean film’s story about “a man who’s kidnapped and imprisoned for 15 years. When he’s finally released and begins looking into the reason for his captivity, he soon finds out that his kidnapper has even more torturous plans for him.” (The original manga has the protagonist imprisoned for a different number of years and does not have the Korean film’s added plot twist ending.) The movie began filming this month, and it is slated for a release in 2013.
Continue Reading
Advertisement
You may also like...
Related Topics:Chan-wook Park, District 9, Doctor Who, Elizabeth Olsen, James Ransone, Josh Brolin, Liam Neeson, Men In Black 3, Milk, Nate Parker, Red Hook Summer, Samuel L. Jackson, Sharlto Copley, Sinister, Spike Lee, The A-Team, The Next Three Days