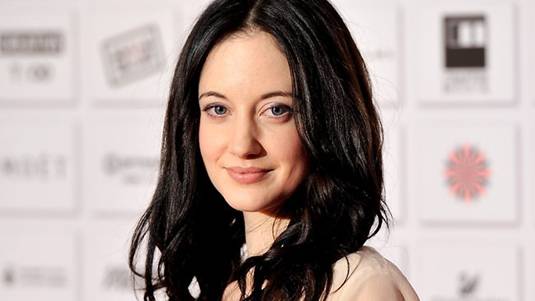 Eran Creevy‘s British crime story follows a London detective, Max Lewinsky (McAvoy), whose old vengeance, an armed robber known as Red Diesel (Strong), comes back after five years away—but it’s only the tip of an unlikely union as they uncover a conspiracy.

There are no details just yet on Riseborough’s part. But, everything is lined up and the feature is scheduled to begin production July 18 in London. It comes to theaters sometimes in 2012.

British actress Andrea Riseborough, picked as Shooting Star 2011 (UK), can be seen in various international films over the past year. The burst through thesp featured in We Want Sex (Made in Dagenham) by Nigel Cole and in Brighton Rock helmed by Rowan Joffe which opened on Feburuary 4th in UK. The Never Let Me Go by Mark Romanek has an impressive four Shooting Stars both past and present, amongst the cast. It was released in diverse European countries starting in UK on February 11th.

Other features include the keenly awaited W.E. directed by Madonna in which Andrea Riseborough embodies Wallis Simpson and she will be also starring alongside Michael Sheen in Resistance.

There is probably more casting on the Welcome to the Punch way. Until that, check out the trailer for another hidden talent revealed.