For those of you who just can’t get enough of Zack Snyder‘s Man of Steel, we have an extra piece of goodness to share with you guys – a brand new poster and a set of scanned magazine photos. June 14th, 2013 has been circled on my calendar, or on my phone calendar for quite a while. Superman flying through the iconic red ‘S’ logo. Oh boy! I hate to say it, but Man of Steel stars Henry Cavill, Amy Adams, Michael Shannon, Kevin Costner, Diane Lane, Laurence Fisburne, Antje Traue, and Russell Crowe. Christopher Nolan is producing, and co-wrote the story with David S. Goyer. The big blue Boy Scout is up on a throne again! There are only 34 days left! Click the poster for a bigger version! 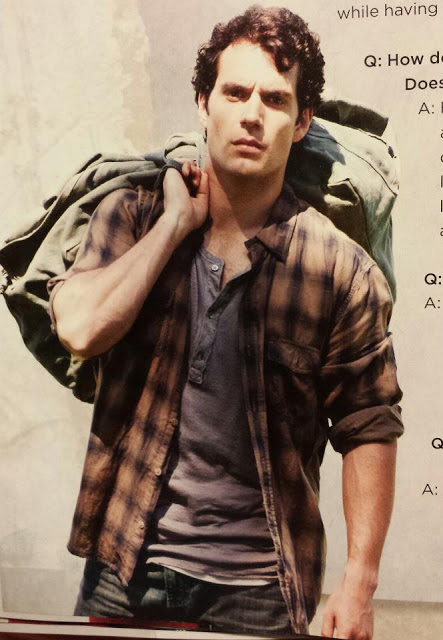