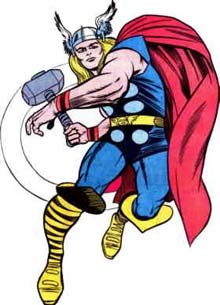 Marvel Entertainment Inc said it rescheduled the release dates of some of its self-produced feature film properties through 2012. Marvel has delayed its superhero blockbusters “Thor” and “The Avengers” by a year. Thor’s new release date is June 17, 2011, moved from July 16, 2010, while “The Avengers” is now on course for a May 4, 2012 arrival having been originally planned for July 15, 2011. Marvel Studios chairman David Maisel said that the change of dates are in order to space out the release of their solo superhero movies before uniting the characters for ensemble film The Avengers. “[It] maximizes the visibility of our single-character-focused films, leading to the highly anticipated release of the multi-character The Avengers film in 2012,” Maisel explained. Initial plans would have seen two Marvel movies out in 2010 – “Iron Man 2” and “Thor” and three the following year – “The First Avenger: Captain America,” “Spider-Man 4” and “The Avengers.” “The First Avenger: Captain America” has also been shifted back two months to July 22, 2011, instead of May 6, 2011. Marvel also confirmed that Sony Pictures will release “Spider-Man 4” on May 6, 2011. Marvel has licensed theatrical rights of “Spider-Man,” its most popular character, to the unit of Sony. However, “Iron Man 2” will be released as scheduled on May 7, 2010, Marvel said.
Continue Reading
Advertisement
You may also like...
Related Topics:Iron Man 2, Marvel, Spider-Man 4, The Avengers, The First Avenger: Captain America, thor