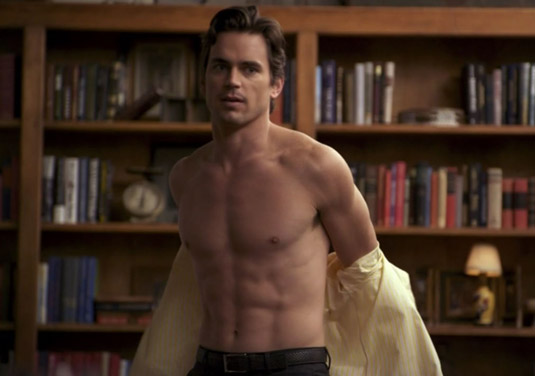 Here’s the thing. We have Channing Tatum, Alex Pettyfer, Matthew McConaughey and Matt Bomer all on board to star in the upcoming Steven Soderbergh‘s movie titled Magic Mike. Sounds excited? Well, no. But let me put it this way. We have Tatum, Pettyfer, McConaughey and Bomer all on board to star in the upcoming Soderbergh’s stripper movie titled Magic Mike. Ok, now it sounds… magical? What’s also interesting about this one is that it’s actually loosely based on Tatum’s own experiences as a male stripper in Tampa. Still, Reid Carolin wrote the script for the whole thing, and according to director Soderbergh, he will use Saturday Night Fever as a model while crafting this film. I must admit that I already understand that ‘fever’ part… But just for a record, Tatum will play that Magic Mike an experienced dancer who teaches a younger apprentice, or if you prefer Mr. Pettyfer the tricks of the trade at the exotic club Xquisite, run by Dallas (McConaughey) . White Collar star, Bomer is expected to play a male stripper as well. Call me shallow, but with this cast and Soderbergh on board I am officially intrigued. So show me everything guys!
Continue Reading
Advertisement
You may also like...
Related Topics:Alex Pettyfer, Channing Tatum, Magic Mike, Matt Bomer, Matthew McConaughey, Steven Soderbergh