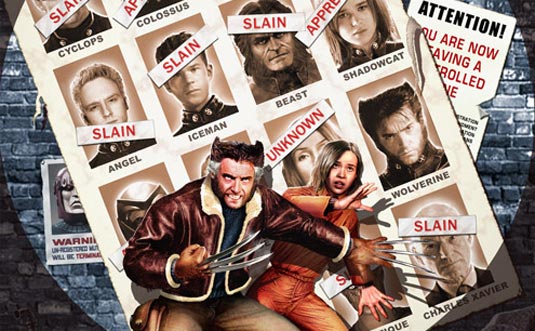 There’s a weird ‘unlucky’ streak going on with 20th Century Fox films, it seems. I bet that someone from 20th Century Fox just had a mild stroke, since Matthew Vaughn has decided to drop the helm of X-Men: First Class sequel, X-Men: Days Of Future Past, despite already having begun developing it. So far, no specific reason for this decision has been given. Now the studio will need to find someone else to direct it, just as it did with Dawn Of The Planet Of The Apes when Rupert Wyatt decided to withdraw. But, it may not need to look that far this time, because rumor has it that Future Past’s producer, Bryan Singer, who has been guiding this version of the franchise so far, might just switch jobs with Vaughn. But then again, he also has promotional duties coming up on Jack The Giant Slayer. Whatever happens will surely happen quickly, as Fox has the script in hand, as well as commitments from Michael Fassbender, James McAvoy and Jennifer Lawrence to return. Not forgetting the tick-tocking of an announced July 18, 2014 release date. Now this is a nerve wrecker! What do you think, who will take up the helm now?
Continue Reading
Advertisement
You may also like...
Related Topics:Bryan Singer, Dawn of the Planet of the Apes, Jack the Giant Slayer, James McAvoy, Jennifer Lawrence, Matthew Vaughn, Michael Fassbender, Rupert Wyatt, X-Men: Days of Future Past, X-Men: First Class

Will THE LONE RANGER be “the New Batman”?
Adam Sandler Doing a Western Comedy RIDICULOUS 6
Advertisement