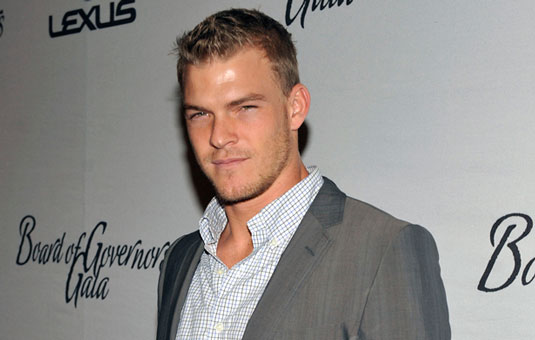 Some people debate that casting an underwear model (who also played Aquaman in Smallville) isn’t going to make fanboys any happier about the Michael Bay‘s remake of Teenage Mutant Ninja Turtles, but I say, hey, as long as they’re cute and with sixpacks, bring ’em on! I mean… it’s high time for some chick-eye-candy flicks – not only rom-coms, wouldn’t you say? Even if they end up being CGI-ed to reminisce turtles (that did not sound weird right now, not at all). So far, casting has already brought Megan Fox in as April O’Neil, which was met by a lot of “nerd rage” (but I must admit I’ve seen a lot of drooling as well), but Alan Ritchson takes it to a whole new level. Beyond his run on Smallville, Ritchson has also modeled for Abercrombie & Fitch and provided the model for Ray Winstone’s Beowulf in Zemeckis’ 2007 film. His casting suggests they’re going for legitimate superhero-ripped hunks to fill out the Turtle roles. Ritchson will be playing Raphael, “the red one”, or the action-loving sai wielder. Oooh, now I can’t wait to hear who the other three will be! I also have a feeling some of Bay’s condescending, immature humor is going to slip in though, and all the grit in the world won’t make the fanboys happy if it feels like the property isn’t being taken seriously and artistically validated. In any case, ffs, PLEASE, leave out the army and too explosive-y… well, explosions. We’ll keep you up on this one!