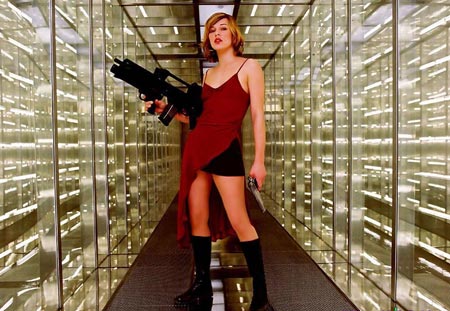 Resident Evil star Milla Jovovich has signed on for the best-selling survival horror video game franchise from Capcom, “Clock Tower“. She has joined Brittany Snow (Prom Night) and Alyssa Jayne Hale in the film. In the movie a woman is tormented by an evil that has haunted her family for generations, but the only man who believes her is the psychiatrist she meets in a mental institution. Together they must find the source of her family’s damnation and then fight for their lives, until the curse is finally laid to rest. Martin Weisz is directing the project for Senator Entertainment and The Weinstein Company. Shooting is set to begin in November. Update:

While we’ve confirmed our previously reported rumor, it appears Milla is denying the claim via an official fansite. I guess it’s time to file this one back as RUMOR once again.