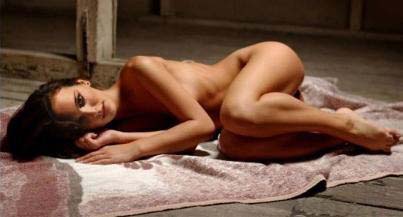 Most actresses will strip at the drop of a hat for a leading Hollywood role – but Nataile Portman wants to keep her clothes on. She is sick of picking up scripts in which her character plays a stripper or prostitute and is on the hunt for a quirky romantic comedy. But can the girl who got her kit off for ‘Hotel Chevalier’ really give squeaky clean and rising romantic comedy princess Katherine Heigl a run for her money? Natalie said: “I have recently been getting frustrated with the number of roles for strippers or prostitutes I get – or the opposite, the pure one. “That dichotomy exists so strongly. It’s the virgin/whore thing in evidence to the greatest extent. That’s bothering me.” She added: “I want to find a character who is complicated. I also love comedies, but every time I read a comedy, the girl is in fashion and really into clothes and just wants to get married. I would also love to do a romantic comedy, where the woman has a real job.”
Continue Reading
Advertisement
You may also like...
Related Topics:Natalie Portman

Berlin Film Festival Starts Rolling Out Prizes
James Bond Has Been Caught Up In a Real-life Action Thriller!
Advertisement