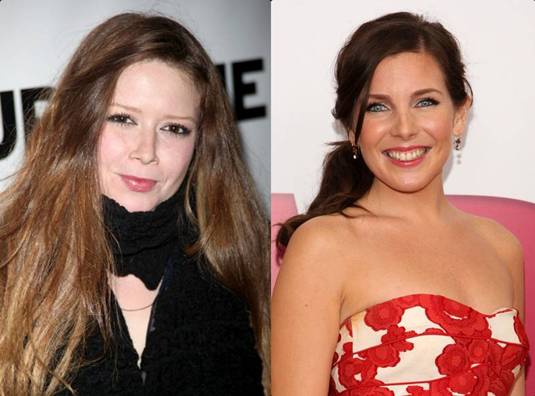 The Kristen Wiig starring Imogene has been made two new female additions to its cast – Natasha Lyonne and June Diane Raphael. Lyonne will play a Jersey Shore girl who works on the boardwalk and is the love interest of Christopher Fitzgerald‘s (Tony Award nominee) character. Details regarding Raphael’s role are not revealed. In the Imogene movie, Bridesmaids star Wiig plays a woman who fakes a suicide to get her ex back, only she is sent to live with her problematic mother who has a very bad gambling addiction, played by Annette Bening. Celine Rattray, producer of Imogene, told the blog that Glee star Darren Criss will play ‘a younger love interest’ of Kristen’s character in the Imogene film. This will be Darren’s big screen debut.

When Kristen goes back home from New Jersey she falls for someone,

the producer added, not clarifying if that person was Darren’s as-yet unnamed character. As for Annette’s character, she ‘is a tacky ‘Jersey Shore’ mother,’ the producer told. Imogene script is written by Michelle Morgan. Shari Springer Berman and Robert Pulcini (American Splendor) are officially on board to helm the feature. Imogene is expected to hit theaters sometimes in 2013. No production date has been set yet. Lyonne previously signed on to reprise her role as Jessica in American Reunion, slated to be released in 2012. Raphael currently stars with Paul Scheer in the live-action Adult Swim series NTSF:SD:SUV:: You can catch Darren on the new season of ‘Glee,’ which premieres on Tuesday, September 20. Watch Bridesmaids and American Splendor trailers and stay tuned. [youtube]http://www.youtube.com/watch?v=nsUEd2cUIqo[/youtube]