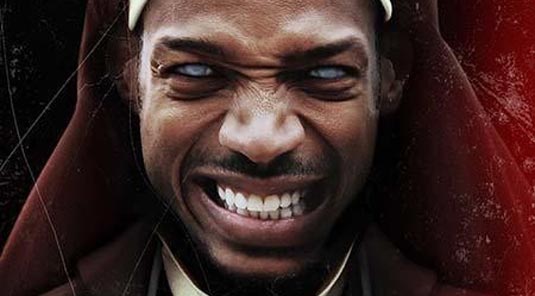 Check out the new poster for the upcoming parody movie A Haunted House, co-written by and starring Marlon Wayans (Scary Movie 1 & 2, Don’t Be a Menace to South Central While Drinking Your Juice in the Hood, Dance Flick). Along with Wayans the film also stars Essence Atkins, Cedric The Entertainer, Nick Swardson, David Koechner and Affion Crocket. Here’s the synopsis for the film

In an outrageous send up of the Paranormal Activity movies, The Devil Inside and other “found footage” movies, A Haunted House features young couple Malcolm (Marlon Wayans) and Kisha (Essence Atkins) who have just moved in to their dream house. As they settle in, they quickly find they’re not alone. But it’s not the house that’s haunted, it’s Malcolm’s girlfriend who is possessed by a demon. Malcolm hires everyone from a priest to modern day ghostbusters to rid her of this unwelcome intruder, determined not to let the evil spirit ruin his relationship… or, more importantly, his sex life. 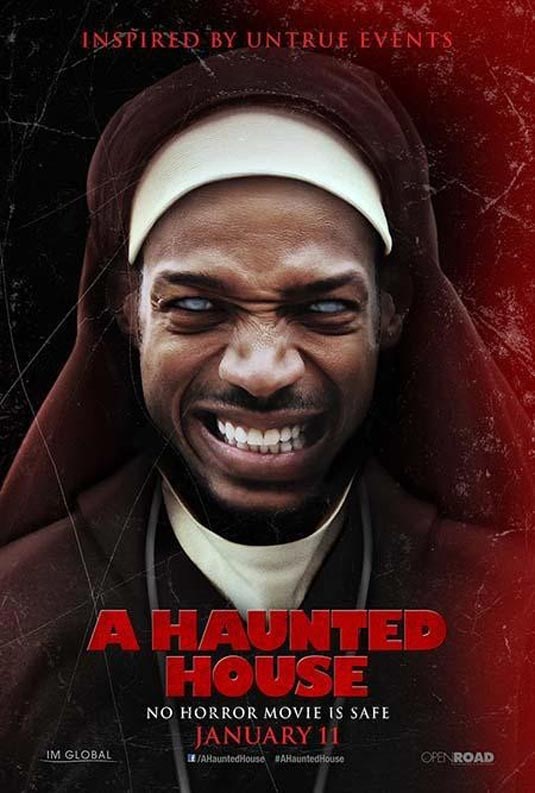