The last girl standing at the end of a slasher film. I have a failure of imagination simply because I know that Abigail Breslin is set to lead us through an upcoming Tyler Shield‘s movie Final Girl. On the other hand, I have nothing against her partner in this film – Alexander Ludwig. But, the good thing is that we have some new cast members on board for the whole thing – Wes Bentley, Logan Huffman, Michael Trevino, Connor Paolo and Francesca Eastwood! And although the shooting on Final Girl starts next month, we still have no details about their roles. Which sucks, but hey, at least we finally have an official synopsis part to share with you today, and it goes like this: Loner Veronica is new to school, shy and vulnerable the perfect target for a group of teenage boys who lure girls into the woods to hunt and kill them for sport. It’s only after they get her alone that she turns the tables on them, escaping and revealing she’s armed and knows how to defend herself. Little do they know, Veronica is an assassin-in-training, and she’s chosen killing these boys as her final test. When the dust clears, Veronica will find out if she can be the final girl these boys ever have a chance to hurt. This sounds pretty cool to me at this moment, the cast (except Breslin, if you ask me) sounds perfect, and this new artwork (bad quality, I know) for the whole thing is kind of… weird? I mean, ok, she has cool butt, look there’s even a big knife in her hand, but it’s not like we haven’t seen that already (search: She Wants Revenge cover if you don’t trust me). Anyway, let us know what you think about Final Girl and stay tuned for more updates! 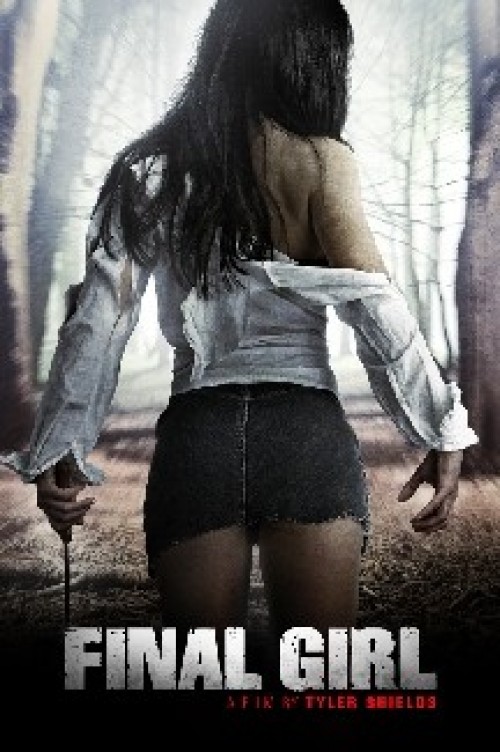