Today we have a new teaser poster for the upcoming big screen “Dragonball” adaptation – “Dragonball Evolution” “Dragonball Evolution” is adapted from the manga created by Akira Toriyama; the work was also turned into a Japanese anime series that played all over the world. It tells the story of an alien sent to destroy Earth, who has a change of heart and decides to join the humans in their fight against various aliens and bad guys. Justin Chatwin is starring as the hero Goku, while James Marsters will play the villain Piccolo in the sci-fi adventure.

The film is directed by James Wong (Final Destination, Jet Li’s The One, Final Destination 3), with a script written by Ben Ramsey (The Big Hit, Love and a Bullet). The film stars Justin Chatwin as Goku, James Marsters as Piccolo, Emmy Rossum as Bulma, Chow Yun-Fat as Master Roshi, Jamie Chung as Chi Chi, and Park Joon as Yamcha. [source: Кино Говно] 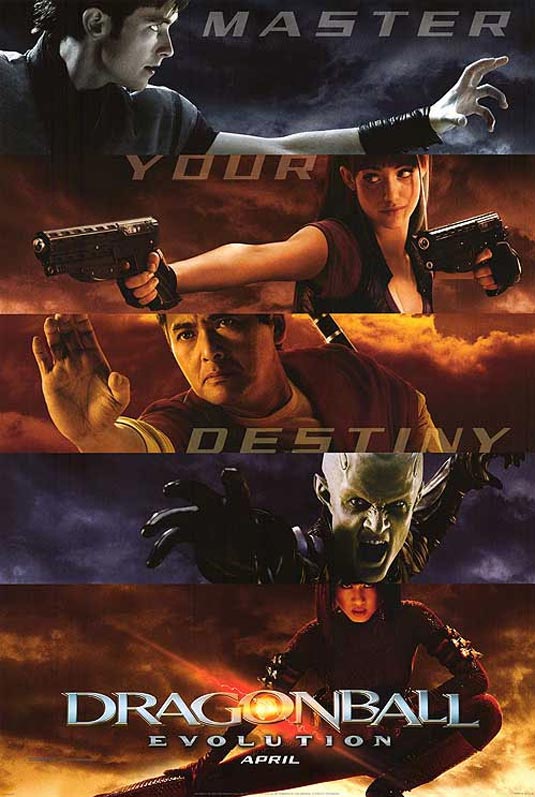