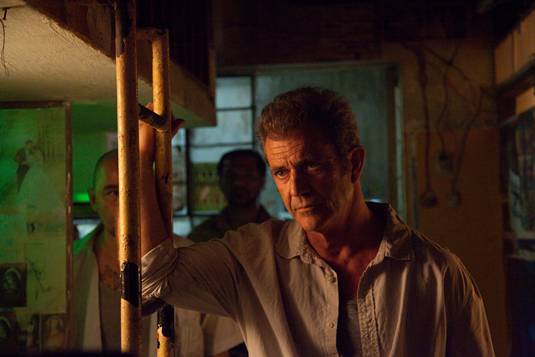 However, the action-comedy Get the Gringo, previously titled How I Spent My Summer Vacation (UK film title) will always be known as Mel Gibson‘s first movie to go straight to VOD.

During a high-speed car chase with the U.S. Border Patrol and a bleeding body in his back seat, Driver (Gibson) violently crashes his car into the border wall as he tries to outrun them.

Driver survives the crash only to land inside a hard-core Mexican prison where he enters the strange and dangerous world of ‘El Pueblito.’ He finds unlikely guidance from a 10-year-old kid who knows the ropes.

Watch the Get the Gringo trailer below: