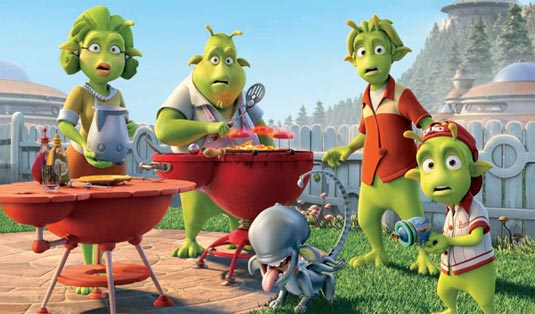 A brand new poster for the upcoming animated film “Planet 51” has been unveiled. “Planet 51” revolves around American astronaut Captain Charles “Chuck” Baker, who lands on Planet 51 thinking he’s the first person to step foot on it. To his surprise, he finds that this planet is inhabited by little green people who are happily living in a white picket fence world reminiscent of a cheerfully innocent 1950s America, and whose only fear is that it will be overrun by alien invaders… like Chuck! With the help of his robot companion “Rover” and his new friend Lem, Chuck must navigate his way through the dazzling, but bewildering, landscape of Planet 51 in order to escape becoming a permanent part of the Planet 51 Alien Invaders Space Museum. From Ilion Animation Studios, directed by Jorge Blanco and Javier Abad from the script by Joe Stillman, starring the voices of Dwayne “The Rock” Johnson, Justin Long, Jessica Biel and Sean William Scott. “Planet 51” is scheduled to hit theaters on November 20th 2009. 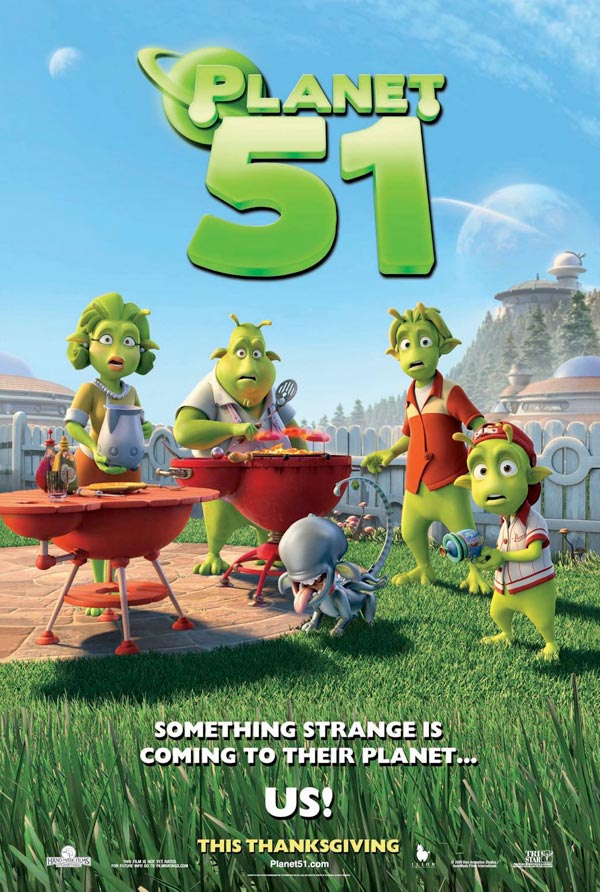