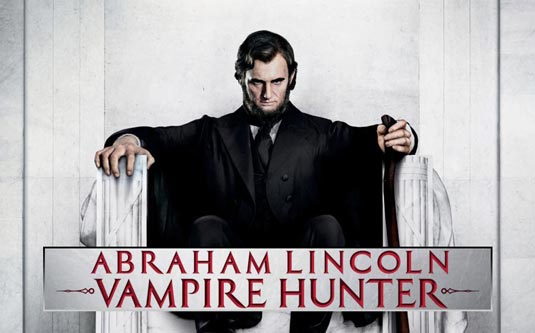 Directed by Timur Bekmambetov with Tim Burton having his hands in as a producer, starring Benjamin Walker, Rufus Sewell, Alan Tudyk, Dominic Cooper and Mary Elizabeth Winstead, this fantasy horror is to be released on June 22nd. The story, as the Abraham Lincoln: Vampire Hunter would suggest, follows the 16th President of the United States, who discovers that vampires are planning to take over the United States. He makes it his mission to eliminate them, thus becoming an ‘incarnation’ (or long-lost-brother?) of Van Helsing. I risk to receive the ‘wrath of readers’, but I’ve had it with movie-makers idolizing US Presidents… What’s next,the Superman character is based on Kennedy (your choice which one)? I must say I’m a but disappointed by Mr Burton here, never thought he’d meddle in this kind of stuff (I mean genre-wise, it IS his field of expertise, but still… mixing politics in all of that just kinda kills it for me). But don’t mind me rambling, check out these posters instead. 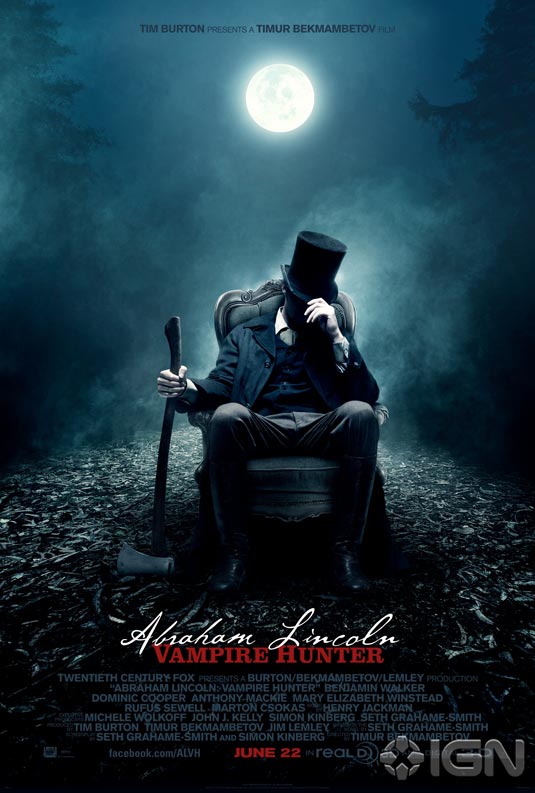 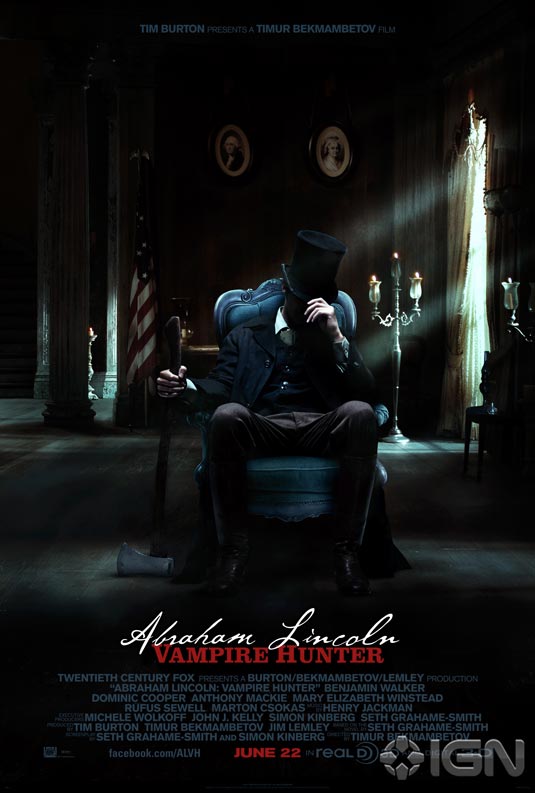 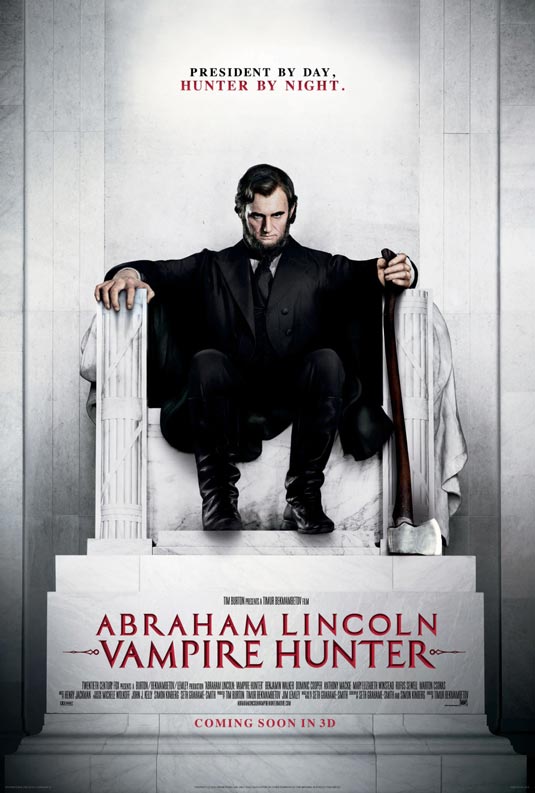 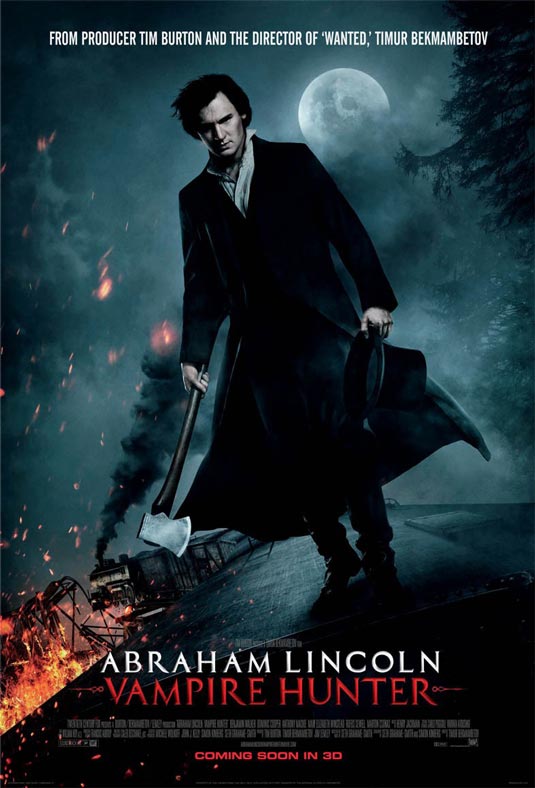