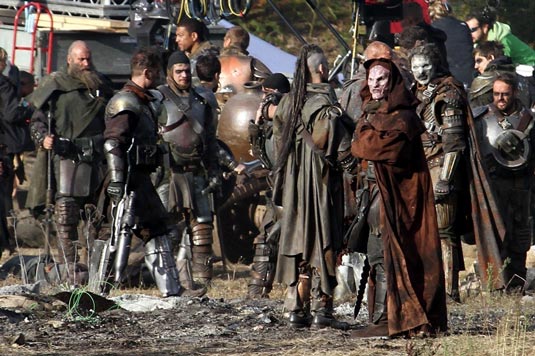 None of the principal cast was on set for filming today, but there were plenty of extras as they were seen running through the street of London in a panic. Parts of the streets were covered in a blue tarp for visual effects purposes. Check it out after the jump!