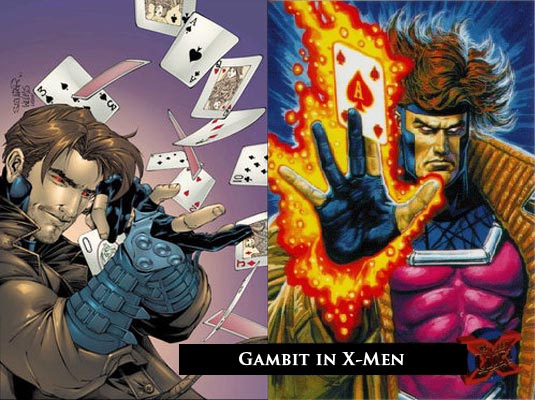 A brand new photos from upcoming “X-Men Origins: Wolverine” spin-off has popped up online. Here’s new Hugh Jackman as Wolverine promo image and your first look at Taylor Kitsch as Gambit in Wolverine from the latest issue of Empire Magazine. 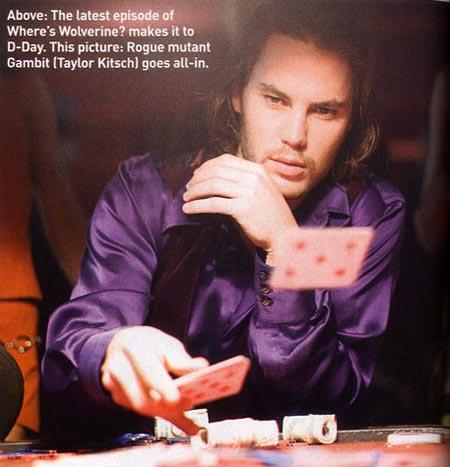 Clip from the article:

“There’s a scene in the first X-Men movie,” said Hugh Jackman, “where Wolverine’s introduced in a bar, fighting in a cage, and you felt that he did this every night of his life. If this movie is successful, you should feel that this guy can walk straight off the end of this film and into that bar. “

Leading up to the events of “X-Men,” the new spin-off movie tells the story of Wolverine’s epically violent and romantic past, his complex relationship with Victor Creed, and the ominous Weapon X program. Along the way, Wolverine encounters many mutants, both familiar and new, including surprise appearances by several legends of the X-Men universe. X-Men Origins: Wolverine is directed by Gavin Hood (Tsotsi, Rendition), stars Hugh Jackman as Wolverine, Liev Schreiber as Sabretooth, Ryan Reynolds as Deadpool, Danny Huston as William Stryker, Dominic Monaghan as Beak, Lynn Collins as Silver Fox and Taylor Kitsch as Gambit. The film trailer will be exclusively available in theaters and will not debut online or on TV until some time later (the new trailer will probablyleak just like the Comic-Con one did, start checking the internet for the bootleg version on December 12th or 13th). “X-Men Origins: Wolverine” is scheduled to hit theaters on May 1st, 2009.